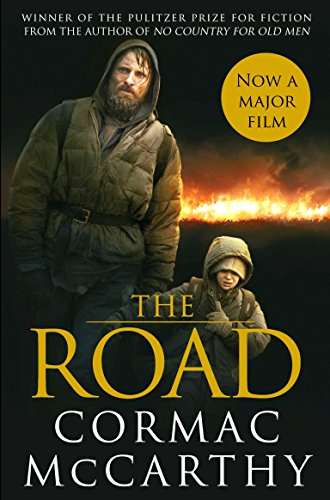 By the winner of the Pulitzer Prize for fiction, Cormac McCarthy's The Road is the story of a father and son walking alone through burned America, heading through the ravaged landscape to the coast.

The first great masterpiece of the globally warmed generation. Here is an American classic which, at a stroke, makes McCarthy a contender for the Nobel Prize for Literature . . . An absolutely wonderful book that people will be reading for generations. -- Andrew O'Hagan
A work of such terrible beauty that you will struggle to look away. -- Tom Gatti * The Times *
So good that it will devour you, in parts. It is incandescent. -- Niall Griffiths * Daily Telegraph *
You will read on, absolutely convinced, thrilled, mesmerised. All the modern novel can do is done here. -- Alan Warner * Guardian *

Cormac McCarthy is the author of many highly acclaimed novels, including Blood Meridian, All The Pretty Horses and No Country For Old Men. Among his honours are the National Book Award and the National Book Critics Circle Award. He won the Pulitzer Prize for The Road.

GOR001274899
The Road film tie-in by Cormac McCarthy
Cormac McCarthy
Used - Very Good
Paperback
Pan Macmillan
2009-12-01
320
0330468464
9780330468466
N/A
Book picture is for illustrative purposes only, actual binding, cover or edition may vary.
This is a used book - there is no escaping the fact it has been read by someone else and it will show signs of wear and previous use. Overall we expect it to be in very good condition, but if you are not entirely satisfied please get in touch with us.