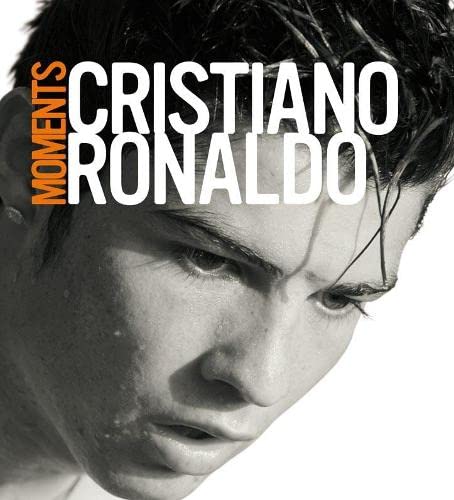 In Stock
£4.49
The world's best young footballer in his own words
Very Good Good
6 in stock

Cristiano Ronaldo is the world famous Manchester United and Portuguese International footballer, admired around the world for his unique style of play. Football fans recognise instantly how he dribbles the ball, but there's a great deal about him that has never been made public before.

Cristiano recognises that his youth does not yet give him the right to produce an autobiography, and Moments does not set out to be one. It is an invitation to the reader to share with him some of the most fantastic moments of his career so far, and get to know him a little better. As well as an array of sumptuous photographs Cristiano Ronaldo gives his thoughts about his life so far, both on and off the pitch.

Moments relates the story of his love of football from early childhood in Madeira; the homesickness he suffered as a result of the move, aged 12, to a football academy in Lisbon; through to his time with Manchester United, the club which has really made him famous and turned him into a football idol at only 22 years of age. He speaks of his love of playing for his country and the love and support of his family, as well as the sad moments in his life such as the death of his father. The book also shows glimpses of him training and enjoying his leisure time, the charity work he involves himself in, as well as off-field activities in both his professional capacity and for pleasure.

He hopes that through these stories, and beautiful photographs by Jorge Monteiro, you will get to know Cristiano Ronaldo a little better. As you finish reading the last line he also trusts you will have enjoyed the book with the same enthusiasm you would get from watching him play football.

GOR001132523
Moments by Cristiano Ronaldo
Cristiano Ronaldo
Used - Very Good
Paperback
Pan Macmillan
2007-10-05
176
023070669X
9780230706699
N/A
Book picture is for illustrative purposes only, actual binding, cover or edition may vary.
This is a used book - there is no escaping the fact it has been read by someone else and it will show signs of wear and previous use. Overall we expect it to be in very good condition, but if you are not entirely satisfied please get in touch with us.