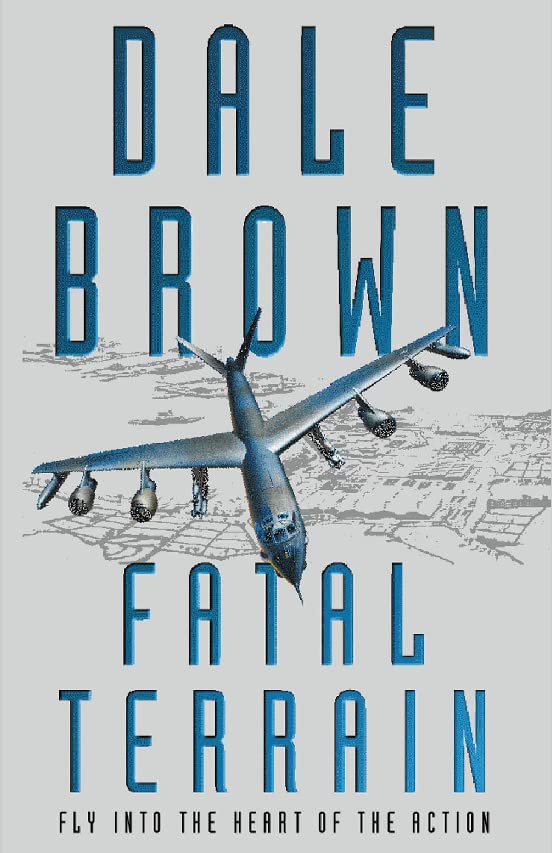 State-of-the-art action in the air, on land and at sea as the USA is drawn into conflict with China in this spectacular new novel from an acclaimed master of the modern action-thriller.

State-of-the-art action in the air, on land and at sea as the USA is drawn into conflict with China in this spectacular new novel from an acclaimed master of the modern action-thriller.

`When a former pilot with years of experience turns his hand to writing thrillers you can take their authenticity for granted. His writing is exceptional and the dialogue, plots and characters are first-class... far too good to be missed.' Sunday Mirror

Admired for their authenticity and breathtaking scenes of aerial combat, Dale Brown's bestselling thrillers - which include the classic Flight of the Old Dog and, most recently, Shadows of Steel - offer high-action entertainment, cutting-edge technology and insights into the world of international power politics to match the very best of Tom Clancy, Stephen Coonts and Larry Bond.

In Fatal Terrain, which takes place shortly after the events of Shadows of Steel, Taiwan's formal declaration of independence from mainland China brings the threat of major conflict to the Pacific. As China prepares to send an invasion force into Taiwan, the US president once again calls on his own tried and trusted secret strike force... But it may be the final mission for Patrick McLanahan, Brad Elliott, Jon Masters and their high-tech EB-52 Megafortress - the `Old Dog' itself.

`Brown is the best military adventure writer in the country - a master at creating a sweeping epic and making it seem real.'
CLIVE CUSSLER

`You have to hug the seat when reading Dale Brown. The one-time US Air Force captain navigates his way at such a fearsome pace it is impossible to take your eyes off the page in case you miss something.'
Oxford Times

Dale Brown is a former US Air Force captain who served as a navigator from 1978 to 1986, logging thousands of hours aboard both B-52s and FB-111s.

GOR011279867
Fatal Terrain by Dale Brown
Dale Brown
Used - Like New
Hardback
HarperCollins Publishers
1997-09-01
464
0002254522
9780002254526
N/A
Book picture is for illustrative purposes only, actual binding, cover or edition may vary.
The book has been read, but looks new. The book cover has no visible wear, and the dust jacket is included if applicable. No missing or damaged pages, no tears, possible very minimal creasing, no underlining or highlighting of text, and no writing in the margins
Trustpilot