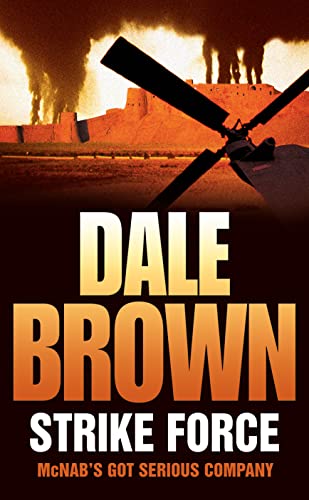 Charged with rebuilding America's long-range attack force devastated in Edge of Battle, Special Adviser to the President Lt. Gen. Patrick McLanahan shocks everyone by proposing to build a force of spaceplanes, able to attack any target on the globe within minutes. The project is led by test pilot Captain Hunter Noble.

Just then, Iran's theocratic regime falls victim to a swift military coup that reveals its immense military power to the world. The new self-appointed Iranian president, General Buzhazi wants to normalize relations between Israel and the United States. Buzhazi appeals to the world for help in hunting down terrorists, he argues that only he has the resources to stop radical fundamentalist Islam, and the world responds favourably.

Hunter Noble secretly launches several reconnaissance satellites over Iran to monitor Buzhazi's powerful forces. Soon the satellites reveal Buzhazi's real plan, planting thousands of Iranian Pasdaran special-ops troops throughout the oil-rich Kurdish region of northern Iraq. The U.S. tries to re-establish a strong military presence in the Persian Gulf and Arabian Peninsula, but Iran has the upper hand now, and the U.S. government realizes it is in danger of losing control of the entire Middle East. But Hunter Noble is already working up a plan to strike back, showing the real power of the spaceplane force.

`When a former pilot with years of experience turns his hand to writing thrillers you can take their authenticity for granted. His writing is exceptional and the dialogue, plots and characters are first-class...far too good to be missed.'
Sunday Mirror

`Brown puts us into the cockpits of wonderful machines and gives us quite a ride. His flying sequences are terrific...authentic and gripping.'
New York Times Book Review

`The best military adventure writer in the country.'
Clive Cussler

Dale Brown was a much decorated US Air Force Captain aboard B-52s and FB111 fighter bombers, and participated in numerous top secret tests and exercises held to simulate an actual strategic war. He became a recognised expert on air warfare and appeared on American TV as a commentator during the Gulf War.

Only a man with Dale Brown's background could provide the detailed authenticity that makes his novels such compulsive reading.

GOR001050154
Strike Force by Dale Brown
Dale Brown
Used - Very Good
Paperback
HarperCollins Publishers
2008-06-01
544
0007243073
9780007243075
N/A
Book picture is for illustrative purposes only, actual binding, cover or edition may vary.
This is a used book - there is no escaping the fact it has been read by someone else and it will show signs of wear and previous use. Overall we expect it to be in very good condition, but if you are not entirely satisfied please get in touch with us.