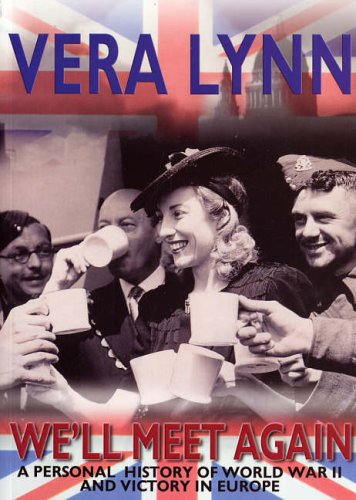 During World War II, two figures symbolized the spirit of Britain: Winston Churchill and Vera Lynn. The indomitable optimism, quiet courage, enterprise, patience, and uncrushable humour of the British people was personified by the irrepressible energy of Dame Vera Lynn who sang to the troops abroad and reached the hearts of the people on the home front.

Including Dame Vera's own recollections of the war, We'll Meet Again revisits the way the people of Britain lived during those extraordinary years. Rationing, air raids, adjusting to loved ones being away while trying to maintain as normal a routine as possible are all addressed alongside family life, education, evacuation, the royal family, sport, commerce and entertainment. How did the British deal with all these aspects of life during the years between 1939 and 1945?

Marvellously anecdotal and sumptuously illustrated throughout, this book reveals the fashions of the time, the films people were watching, the songs people were singing and the headlines that people absorbed everyday.

Britain's sweetheart during the trying times of World War II, Vera Lynn began singing from the age of seven, appearing on radio broadcasts as early as 1935. Her BBC radio programme Sincerely Yours was hugely popular with overseas servicemen who missed their girlfriends, and Vera's work in both music and television after the war ensured that she remained an icon of British popular culture.

GOR001208970
We'll Meet Again by Dame Vera Lynn
Dame Vera Lynn
Used - Very Good
Paperback
Pan Macmillan
2005-04-15
192
0283062339
9780283062339
N/A
Book picture is for illustrative purposes only, actual binding, cover or edition may vary.
This is a used book - there is no escaping the fact it has been read by someone else and it will show signs of wear and previous use. Overall we expect it to be in very good condition, but if you are not entirely satisfied please get in touch with us.