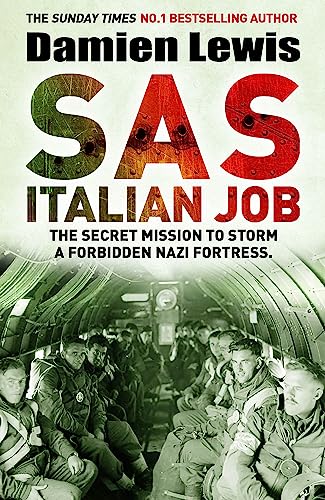 In Stock
£9.39
An impossible mission in wartime Italy: the next explosive bestseller from Damien Lewis.
New£9.39
5 in stock

An impossible mission in wartime Italy: the next explosive bestseller from Damien Lewis.

In the hard-fought winter of 1944 the Allies advanced northwards through Italy, but stalled on the fearsome mountainous defences of the Gothic Line. Two men were parachuted in, in an effort to break the deadlock. Their mission: to penetrate deep into enemy territory and lay waste to the Germans' impregnable headquarters.

At the eleventh hour mission commanders radioed for David 'The Mad Piper' Kilpatrick to be flown in, resplendent in his tartan kilt. They wanted this fearless war hero to lead the assault, piping Highland Laddie as he went - so leaving an indelible British signature to deter Nazi reprisals.

As the column of raiders formed up, there was shocking news. High command radioed through an order to stand down, having assessed the chances of success at little more than zero. But in defiance of orders, and come hell or high-water, they were going in.

NGR9781787475168
SAS Italian Job: The Secret Mission to Storm a Forbidden Nazi Fortress by Damien Lewis
Damien Lewis
New
Paperback
Quercus Publishing
2019-05-28
416
1787475166
9781787475168
N/A
Book picture is for illustrative purposes only, actual binding, cover or edition may vary.
This is a new book - be the first to read this copy. With untouched pages and a perfect binding, your brand new copy is ready to be opened for the first time.