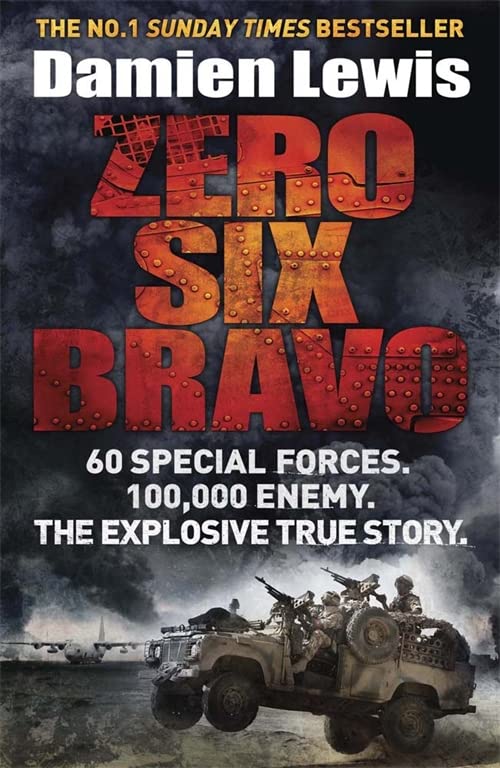 In Stock
£4.49
The No.1 Sunday Times bestseller. This is the untold true story of the most desperate battle fought by British and allied Special Forces trapped behind enemy lines since World War Two.
Very Good Good
29 in stock

The Sunday Times No.1 bestseller.

'Sixty special forces against 100,000 - a feat of British arms to take the breath away' Frederick Forsyth.

They were branded as cowards and accused of being the British Special Forces Squadron that ran away from the Iraqis. But nothing could be further from the truth. Ten years on, the story of these sixty men can finally be told.

In March 2003 M Squadron - an SBS unit with SAS embeds - was sent 1,000 kilometres behind enemy lines on a true mission impossible, to take the surrender of the 100,000-strong Iraqi Army 5th Corps. From the very start their tasking earned the nickname 'Operation No Return'.

Caught in a ferocious ambush by thousands of die-hard fanatics from Saddam Hussein's Fedayeen, plus the awesome firepower of the 5th Corps' heavy armour, and with eight of their vehicles bogged in Iraqi swamps, M Squadron launched a desperate bid to escape, inflicting massive damage on their enemies. Running low on fuel and ammunition, outnumbered, outmanoeuvred and outgunned, the elite operators destroyed sensitive kit and prepared for death or capture as the Iraqis closed their deadly trap.

Zero Six Bravo recounts in vivid and compelling detail the most desperate battle fought by British and allied Special Forces trapped behind enemy lines since World War Two. It is a classic account of elite soldiering that ranks with Bravo Two Zero and the very greatest Special Forces missions of our time.

Behind enemy lines: setting the record straight on an epic escape from Iraq * Soldier Magazine *
More action than Call of Duty. Lifts the lid on the Special Forces mission they tried to keep secre * Captain David Blakeley *
More than a tale of bravery against desperate odds. It provides an object lesson in what can go wrong when intelligence is flawed and insufficient resources and too few troops are used in war -- Toby Harnden * Sunday Times *
One of the best accounts of a behind-enemy-lines mission ever * Phil Campion, ex-SAS and author of Born Fearless *
One of the most remarkable stories in the history of special forces' operations * Daily Express. *
Sixty special forces against 100,000 - a feat of British arms to take the breath away * Frederick Forsyth *
Ten years after a near disastrous mission during the Second Gulf War, which ended in allegations of cowardice, the story of M Squadron Special Boat Service is finally being told * Daily Telegraph. *

GOR005670488
Zero Six Bravo: 60 Special Forces. 100,000 Enemy. The Explosive True Story by Damien Lewis
Damien Lewis
Used - Very Good
Paperback
Quercus Publishing
2014-03-27
336
1782060839
9781782060833
N/A
Book picture is for illustrative purposes only, actual binding, cover or edition may vary.
This is a used book - there is no escaping the fact it has been read by someone else and it will show signs of wear and previous use. Overall we expect it to be in very good condition, but if you are not entirely satisfied please get in touch with us.