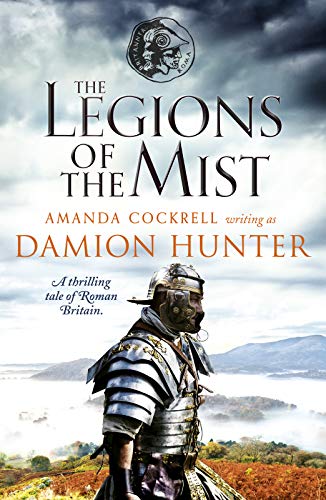 The Legions of the Mist
by Damion Hunter

The Legions of the Mist Summary

The Legions of the Mist: A gripping novel of Roman adventure by Damion Hunter

An awe-inspiring account of the final days of Rome's forgotten legion.

The Ninth Hispana was once the pride of the Roman Army, wreathed in honour for numerous successful campaigns. But by the time it was joined by Centurion Justinius Corvus, it had clearly fallen on hard times.

Smarting from the sting of his recent demotion, and a transfer to Britain, a land he despises, Justinius nevertheless works hard to bring to his men some of the same pride he feels as a Roman soldier.

As their bond grows strong, with each other and with the occupied land, their skill in combat is tested to its limits against the forces of Vortrix, High King of the Britons. As the battle lines muster, the fate of an Army, and of a nation, will be decided...

The Legions of the Mist is an earth-shattering tale of loyalty, love and war, perfect for fans of Simon Scarrow, Conn Iggulden and Ben Kane.

Damion Hunter is a pseudonym of Amanda Cockrell. She is also the author of What We Keep Is Not Always What Will Stay and the historical trilogies The Deer Dancers and The Horse Catchers. She lives in Roanoke, Virginia.

GOR010775386
The Legions of the Mist: A gripping novel of Roman adventure by Damion Hunter
Damion Hunter
Used - Like New
Paperback
Canelo
2020-04-02
368
1788638077
9781788638074
N/A
Book picture is for illustrative purposes only, actual binding, cover or edition may vary.
The book has been read, but looks new. The book cover has no visible wear, and the dust jacket is included if applicable. No missing or damaged pages, no tears, possible very minimal creasing, no underlining or highlighting of text, and no writing in the margins.