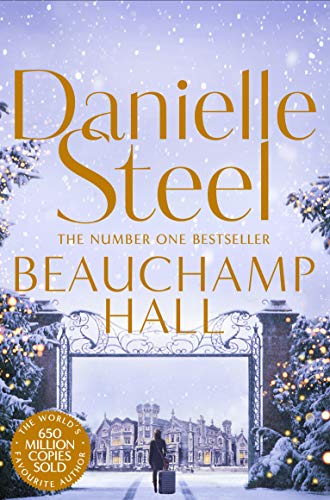 Inspired by the hit TV show Downton Abbey, Beauchamp Hall is an uplifting story of an ordinary woman embracing an extraordinary adventure, from the international number one bestseller Danielle Steel.

Winona Farmington once dreamed of graduating from college and moving away from her small Michigan hometown. Then real life got in the way, and now she's in a dead-end job with a loser boyfriend.

As she comes to believe that perhaps dreams are meant for others, at least she can console herself by escaping into the world of Beauchamp Hall, a hugely popular British TV series set on a Norfolk estate in the 1920s.

When Winona is betrayed by both her boyfriend and best friend and loses her job, she feels that life can't get much worse. So she impulsively buys a one-way ticket to the UK to visit the village where Beauchamp Hall is filmed. The colourful cast become her friends, and the behind-the-scenes affairs become a drama to match the show.

What happens next, as Winona takes the boldest step of all, reminds us never to settle for second best and to always follow our dreams.

Danielle Steel has been hailed as one of the world's most popular authors, with nearly a billion copies of her novels sold. Her many international bestsellers including Fall from Grace, Accidental Heroes and The Cast. She is also the author of His Bright Light, the story of her son Nick Traina's life and death; A Gift of Hope, a memoir of her work with the homeless; and the children's books Pretty Minnie in Paris and Pretty Minnie in Hollywood. Danielle divides her time between Paris and her home in northern California.

GOR010089507
Beauchamp Hall by Danielle Steel
Danielle Steel
Used - Very Good
Paperback
Pan Macmillan
2019-10-03
336
150987769X
9781509877690
N/A
Book picture is for illustrative purposes only, actual binding, cover or edition may vary.
This is a used book - there is no escaping the fact it has been read by someone else and it will show signs of wear and previous use. Overall we expect it to be in very good condition, but if you are not entirely satisfied please get in touch with us.