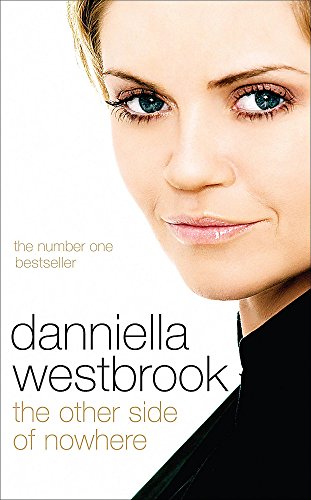 The Other Side of Nowhere
by Danniella Westbrook

In Stock
£4.49
Even when she was at the top of her fame as a star of East Enders, behind the scenes Danniella was tearing her life apart. For a while she was the nation's most famous drug addict. This is her story of recovery from the despair of addiction, told with total emotional honesty and courage.
Very Good Good
7 in stock

The Other Side of Nowhere Summary

The Other Side of Nowhere by Danniella Westbrook

The lowest of the low points came when she called to beg social services to take her son into care. Totally alone, shoplifting food to survive and still using cocaine, Danniella knew she had to do something. Written with complete frankness, this is the whole story, from the first time she took coke, as a 14 year old, to the horror and shame of her ruined nose, and the near collapse of her relationship with the man who loved her. As her addiction took over her life she lost her friends, family, career and her looks, but when it came to her son, she knew enough was enough. Inspiring and powerful, this is an intensely personal story of the fight back from the edge of death.

The Other Side of Nowhere Reviews

Danniella Westbrrok is an actress and television presenter. Having trained at the Sylvia Young School, Danniella starred in Grange Hill before landing the part of Sam Mitchell in EastEnders, which she played on and off for ten years. Since leaving the soap she has worked as an actress and presenter, her most recent project being Five's All New Cosmetic Surgery, which she co-hosted with Vanessa Feltz. She is happily married to her husband Kevin Jenkins and lives in Kent with her two children Kai, nine, and three year-old Jodie.

GOR000910903
The Other Side of Nowhere by Danniella Westbrook
Danniella Westbrook
Used - Very Good
Paperback
Hodder & Stoughton General Division
2006-10-05
384
0340898879
9780340898871
N/A
Book picture is for illustrative purposes only, actual binding, cover or edition may vary.
This is a used book - there is no escaping the fact it has been read by someone else and it will show signs of wear and previous use. Overall we expect it to be in very good condition, but if you are not entirely satisfied please get in touch with us.