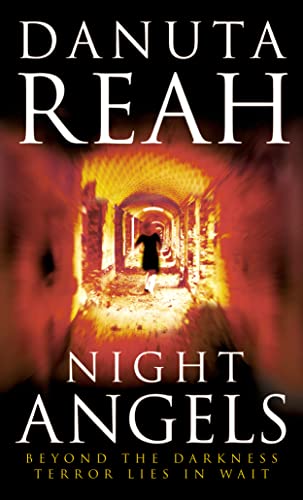 Disturbing, atmospheric suspense novel from the author of Only Darkness: `Dark, edgy and compelling, this is a first novel from a writer to watch' TheTimes

Disturbing, atmospheric suspense novel from the author of Only Darkness: `Dark, edgy and compelling, this is a first novel from a writer to watch' TheTimes

Snake Pass, the Peak District: The car of Gemma Wishart, a young researcher in Russian languages, is discovered, abandoned, by a walker; the driver has vanished without trace. Over in Hull, the body of a woman is discovered battered to death in a hotel bathroom; the only clue to her identity is a card bearing the name of an escort agency notorious for its suspected trafficking in Eastern European prostitutes.

For Detective Inspector Lynne Jordan, the missing academic and the murder victim have a tenuous connection. Jordan is in charge of a police operation to stamp out the illegal trade in human flesh and Wishart was helping her with transcripts of an interview with one such woman, who has subsequently turned up dead in the Humber Estuary. But it's possible there is another, even darker, force at work, and when two more bodies turn up, Lynne is forced to conclude there may be a serial killer on the loose.

`This is a complex psychological thriller. Reah is skilled at splicing domestic life with the menace of fears and at creating characters who are vulnerable, intelligent and humane' Manchester Evening News

Praise for Only Darkness:
`Menacing, highly atmospheric thriller ... Scary stuff given an extra boost by dark and persuasive psychology in a chilly provincial setting where horrible things happen which freeze your blood' Literary Review

Danuta Reah is an educational consultant who has also taught creative writing. She lives in Sheffield. Night Angels is her third novel.

GOR001170079
Night Angels by Danuta Reah
Danuta Reah
Used - Very Good
Paperback
HarperCollins Publishers
2002-06-05
368
0007116284
9780007116287
N/A
Book picture is for illustrative purposes only, actual binding, cover or edition may vary.
This is a used book - there is no escaping the fact it has been read by someone else and it will show signs of wear and previous use. Overall we expect it to be in very good condition, but if you are not entirely satisfied please get in touch with us.