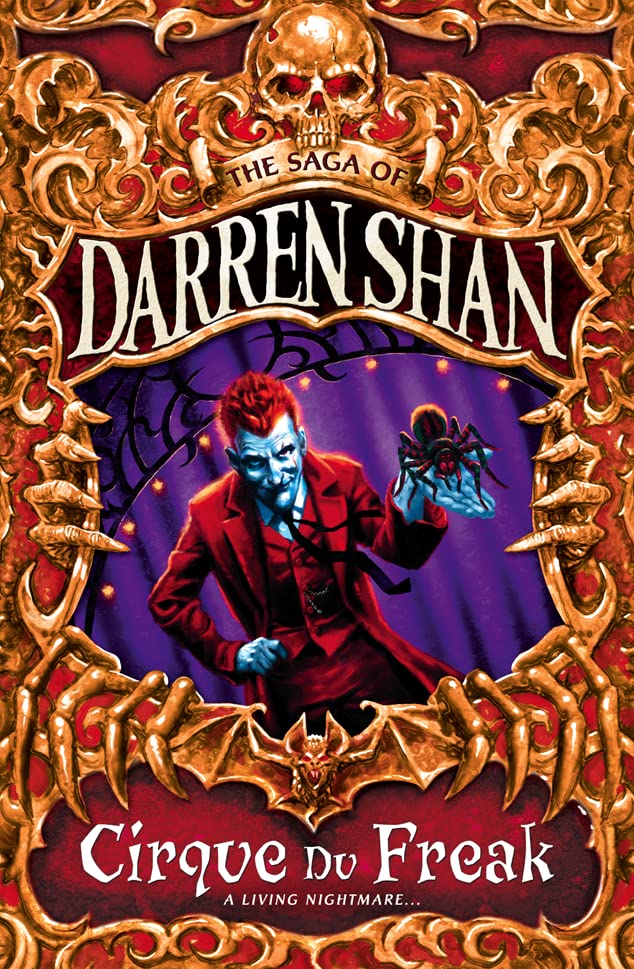 The chilling Saga of Darren Shan, the ordinary schoolboy plunged into the vampire world.

The chilling Saga of Darren Shan, the ordinary schoolboy plunged into the vampire world.

Darren goes to a banned freak show with his best mate Steve. It's the wonderfully gothic Cirque Du Freak where weird, frightening half human/half animals appear who interact terrifyingly with the audience. Darren - a spider freak - `falls in love' with Madam Octa - an enormous tarantala owned by Mr Crepsley. Darren determines to steal the spider so that he can train it to perform amazing deeds. But his daring theft goes horribly wrong and Darren finds himself having to make a bargain with a creature of the night.

Something out of the ordinary is set against the background of children's normal lives to chilling effect. Atmospheric, funny, realistic, moving and... terrifying.

GOR000383513
Cirque Du Freak (The Saga of Darren Shan, Book 1) by Darren Shan
Darren Shan
The Saga of Darren Shan
Used - Very Good
Paperback
HarperCollins Publishers
2000-01-04
192
0006754163
9780006754169
N/A
Book picture is for illustrative purposes only, actual binding, cover or edition may vary.
This is a used book - there is no escaping the fact it has been read by someone else and it will show signs of wear and previous use. Overall we expect it to be in very good condition, but if you are not entirely satisfied please get in touch with us.