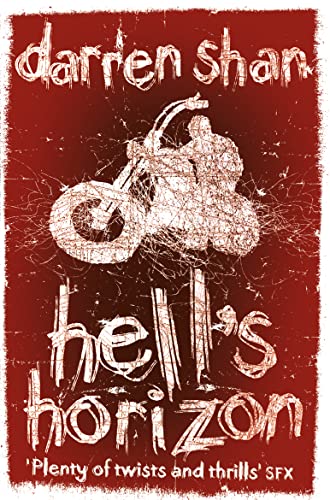 The second volume in a noirish, gritty urban fantasy for adults from the bestselling Children's author.

The second volume in a noirish, gritty urban fantasy for adults from the bestselling Children's author.

In the City, The Cardinal rules, and Al Jeery is a loyal member of his personal guard. But when Al is seconded from his duties at Party Central to investigate a murder, an unexpected discovery leads him in a new direction, where his loyalties and beliefs will be severely tested.

Soon he is involved in a terrifying mystery that draws in the dead, the City's Incan forefathers, the imposing figure of the Cardinal, and the near-mythical assassin, Paucar Wami.

Wami is a law unto himself, a shadowy, enigmatic figure who can apparently kill anyone he chooses without fear of punishment or retribution. And Al is about to find out that he has a lot more in common with Wami than he could ever have imagined...

`Plenty of twists and thrills ... Shan is adept at grabbing the attention with bursts of shocking violence' SFX

Praise for Procession of the Dead:

`A beguiling read ... a fantastic revelation at the end' SFX

`Explicit, brutal fantasy ... the narrative voice is engagingly cocky and the action races along' The Times

Darren Shan is the author of two hugely popular series for Children: 'The Saga of Darren Shan', and `The Demonata' which have been read by millions of people around the world in over twenty different languages. The City Trilogy is his first work for adults. Darren Shan lives in Ireland.

GOR010729330
Hell's Horizon (The City Trilogy, Book 2) by Darren Shan
Darren Shan
The City Trilogy
Used - Like New
Paperback
HarperCollins Publishers
2010-03-04
400
0007261330
9780007261338
N/A
Book picture is for illustrative purposes only, actual binding, cover or edition may vary.
The book has been read, but looks new. The book cover has no visible wear, and the dust jacket is included if applicable. No missing or damaged pages, no tears, possible very minimal creasing, no underlining or highlighting of text, and no writing in the margins.