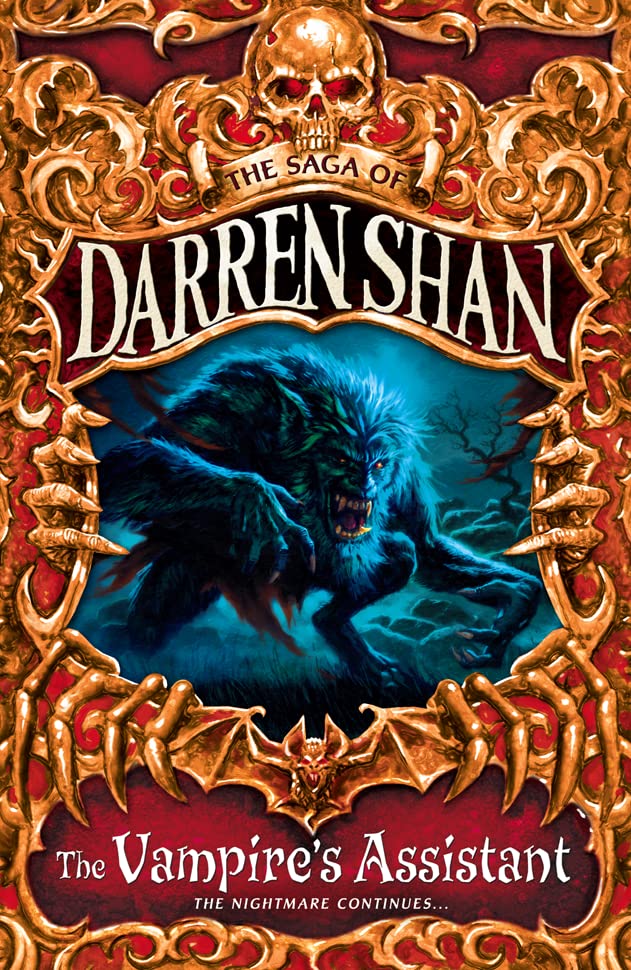 The Vampire's Assistant
by Darren Shan

Darren Shan has been made a half-vampire by Mr Crepsley, but the Cirque Du Freak holds more unpleasant surprises for the vampire's assistant.

The Vampire's Assistant (The Saga of Darren Shan, Book 2) by Darren Shan

Darren Shan has been made a half-vampire by Mr Crepsley, but the Cirque Du Freak holds more unpleasant surprises for the vampire's assistant.

Darren joins the vampire, Mr Crepsley, as his assistant and they return to the Cirque Du Freak. There, Darren makes friends with the snake-boy, Evra Von (who knows what Darren is) and a local boy, Sam, and RV, an eco-warrior and animal lover (who do not). Darren begins to enjoy his life among the Cirque performers as the youngest half-vampire in existence, but he defiantly refuses to drink human blood - the whole idea sickens him - and he tries desperately to cling on to the part of him which is human.

Darren comes face to face with pure evil in the form of Mr Tiny, the leader of the Little People who join the Cirque Du Freak, and who eat anything - including human flesh. When he discovers animal bones, RV frees the wolf-man from his cage - and no-one could possibly guess how truly terrible the whole effect would be.

"The Vampire's Assistant blazes a thrilling, gruesome trail through a fascinating plot."
The Good Book Guide

GOR000408238
The Vampire's Assistant (The Saga of Darren Shan, Book 2) by Darren Shan
Darren Shan
The Saga of Darren Shan
Used - Very Good
Paperback
HarperCollins Publishers
2000-05-30
176
0006755135
9780006755135
N/A
Book picture is for illustrative purposes only, actual binding, cover or edition may vary.
This is a used book - there is no escaping the fact it has been read by someone else and it will show signs of wear and previous use. Overall we expect it to be in very good condition, but if you are not entirely satisfied please get in touch with us.