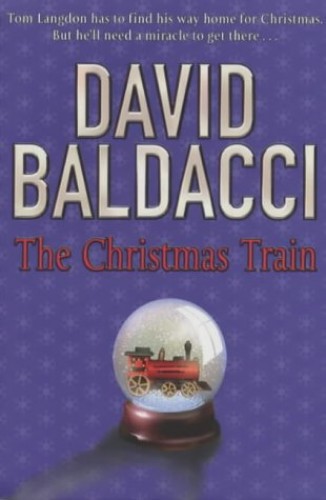 The Christmas Train
by David Baldacci

Out of Stock
String index out of range: -2
Very Good
Only 0 left

The Christmas Train by David Baldacci

Disillusioned journalist Tom Langdon must get from Washington to LA in time for Christmas. Forced to take the train across the country because of a slight 'misunderstanding' at airport security, he begins a journey of self-discovery and rude awakenings, mysterious goings-on and thrilling adventures, screwball escapades and holiday magic.

He has no idea that the locomotives pulling him across America will actually take him into the rugged terrain of his own heart, where he will rediscover people's essential goodness and someone very special he believed he had lost.

In equal parts hilarious, poignant, suspenseful and thrilling, Christmas Train by bestselling author David Baldacci, is a delightful journey filled with memorable characters who have packed their bags with as much wisdom as mischief . . . Part detective story, part disaster movie, part romance, Christmas Train is a brilliant, heart-warming holiday tale.

GOR000620477
The Christmas Train by David Baldacci
David Baldacci
Used - Very Good
Paperback
Pan Macmillan
2004-11-01
272
0330412701
9780330412704
N/A
Book picture is for illustrative purposes only, actual binding, cover or edition may vary.
This is a used book - there is no escaping the fact it has been read by someone else and it will show signs of wear and previous use. Overall we expect it to be in very good condition, but if you are not entirely satisfied please get in touch with us.