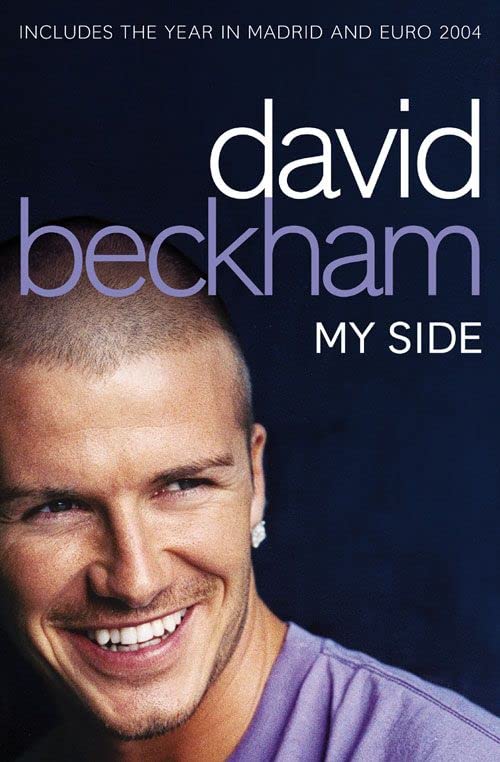 He may live in Madrid but he continues to make front-page headlines. This is David Beckham's own story of his career to date, for Manchester United, Real Madrid and England, and of his childhood, family and private life. Featuring David's first full account of a turbulent year in Spain, on and off the field, and England's fortunes in Euro 2004.

David Beckham: My Side Summary

He may live in Madrid but he continues to make front-page headlines. This is David Beckham's own story of his career to date, for Manchester United, Real Madrid and England, and of his childhood, family and private life. Featuring David's first full account of a turbulent year in Spain, on and off the field, and England's fortunes in Euro 2004.

This is Beckham's fascinating life story in his own words. His rise through the ranks at the biggest club side in the world. His complex relationship with United boss Alex Ferguson. The England story, from being vilified by the nation before returning as the prodigal son to eventually captaining his country. His acrimonious falling-out with his manager and departure from Old Trafford in June 2003. And starting a new chapter of his life on foreign soil in the glare of the world's press.

Now from Beckham himself, we gain a vivid and eye-opening insight into the family man behind the famous footballer, the international model and fashion leader. He describes how he first met and then married ex-Spice girl Victoria Adams, and the upbringing of their two children Brooklyn and Romeo. How his family's every step is monitored by a posse of newshounds and paparazzi. Also, the influence of his parents, growing up as a shy youngster in the family home, and how their subsequent split affected him.

Intimate and soul-searching, this is the real David Beckham like we have never seen before.

NEW FOR THIS PAPERBACK EDITION:

- Beckham's first season with Real Madrid from within the dressing room, with key stories on the likes of Figo, Roberto Carlos and Zidane.
- His exclusive reaction to the sensational allegations about his private life; their effect on his relationship with Victoria and a reappraisal of their living arrangements.
- England and Euro 2004: the players' threatened strike in support of Rio Ferdinand; Eriksson as England boss; and all the behind the scenes stories leading up to and including the Finals in Portugal.
- One year down the line, does Beckham have any regrets about leaving Manchester United? And is there any truth in the rumours that he is unsettled in Madrid?

David Beckham: My Side Reviews

'A sensational story' The Sun

David Beckham was born in Leytonstone, East London in May 1975. At the age of 11 he came first in the Bobby Charlton Soccer Schools competition ahead of 5,000 other boys. He signed for Manchester United in 1989 and made his debut three years later, aged 17. He has since gone on to play more than fifty times for England, including captaining his country in the World Cup and European Championship finals. He signed for Real Madrid in a much-publicised transfer in the summer of 2003.

Tom Watt is an established author, sportswriter and broadcaster. He has written three books on football - The End, A Passion for the Game and The Greatest Stage.

GOR000475689
David Beckham: My Side by David Beckham
David Beckham
Used - Very Good
Paperback
HarperCollins Publishers
2004-09-06
544
0007157339
9780007157334
N/A
Book picture is for illustrative purposes only, actual binding, cover or edition may vary.
This is a used book - there is no escaping the fact it has been read by someone else and it will show signs of wear and previous use. Overall we expect it to be in very good condition, but if you are not entirely satisfied please get in touch with us.