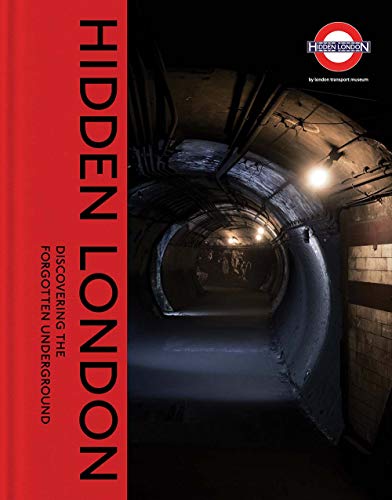 In Stock
£24.99
An exploration of the abandoned tributaries of London's vast and vital transportation network through breathtaking images and unexpected stories
New£24.99
5 in stock

Hidden London is a lavishly illustrated history of disused and repurposed London Underground spaces. It provides the first narrative of a previously secret and barely understood aspect of London's history. Behind locked doors and lost entrances lies a secret world of abandoned stations, redundant passageways, empty elevator shafts, and cavernous ventilation ducts. The Tube is an ever-expanding network that has left in its wake hidden places and spaces. Hidden London opens up the lost worlds of London's Underground and offers a fascinating analysis of why Underground spaces-including the deep-level shelter at Clapham South, the closed Aldwych station, the lost tunnels of Euston-have fallen into disuse and how they have been repurposed. With access to previously unseen archives, architectural drawings, and images, the authors create an authoritative account of London's hidden Underground story. This surprising and at times myth-breaking narrative interweaves spectacular, newly commissioned photography of disused stations and Underground structures today.

"From the lost tunnels at Euston to the deep-level shelter at Clapham South, the book is an expansive look at the Underground, with images from previously unseen archives" - Henry Wong, Design Week

NGR9780300245790
Hidden London: Discovering the Forgotten Underground by David Bownes
David Bownes
New
Hardback
Yale University Press
2019-09-03
240
0300245793
9780300245790
N/A
Book picture is for illustrative purposes only, actual binding, cover or edition may vary.
This is a new book - be the first to read this copy. With untouched pages and a perfect binding, your brand new copy is ready to be opened for the first time.