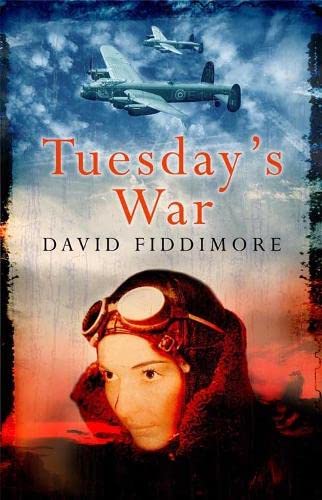 In Stock
£4.49
From an enthralling tale of air combat in WWII emerges a heartfelt, amusing and uplifting story of friendships and passions bound by danger and the relief of surviving another day . . .
Very Good
5 in stock

This wasn't to be the last time that we left pieces of aeroplane all over Germany, but you remember your first time. It's just like your first kiss.

It is 1944 and as their battered Lancaster Bomber limps home to base in thick fog, an RAF crew are horrified to find a second Bomber just moments in front. It is too close for their own pilot to react, but in one skilful move their forerunner swoops out of the way and the crew's lives are saved.

Back on the runway the seven, thankful young men eagerly await their saviour's return and are stunned, when the pilot climbs down from the cockpit, to find themselves face to face with female Air Transport Auxiliary pilot Grace Baker.

Grace quickly befriends the crew, introducing them to their new Bomber, `Tuesday's Child' and ensconsing herself in their spare bunk. Then when rear gunner `Pete the Pole' absconds, the lads don't think twice about asking Grace to secretly take his place in 'Tuesday' as they return to Germany . . .

As radio operator Charlie Bassett regales the reader with the drama of combat during his eight weeks aboard `Tuesday's Child' in 1944, a funny, authentic and deeply humane tale unfolds. Comparable to Sebastian Faulks' Birdsong, Tuesday's War races vividly across the page, emotionally entwining the reader in the lives and friendships of its extraordinary characters and awakening us to the heroics and realities of war.

David was born in 1944 in Yorkshire and is married with two children. He worked for five years at the Royal Veterinary College before joining H M Customs and Excise, where his postings included the Intelligence and Investigation Divisions. Tuesday's War is the first in a proposed trilogy featuring Charlie Bassett.

GOR000445895
Tuesday's War by David Fiddimore
David Fiddimore
Used - Very Good
Paperback
Pan Macmillan
2005-09-01
544
0330441213
9780330441216
N/A
Book picture is for illustrative purposes only, actual binding, cover or edition may vary.
This is a used book - there is no escaping the fact it has been read by someone else and it will show signs of wear and previous use. Overall we expect it to be in very good condition, but if you are not entirely satisfied please get in touch with us.