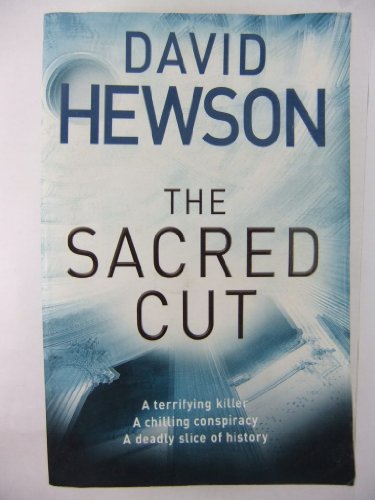 The Sacred Cut
by David Hewson

In Stock
£4.49
As a blizzard brings Rome to a standstill, a chilling conspiracy is about to unravel
Like New Very Good
Only 3 left

The Sacred Cut by David Hewson

For the first time in decades The Eternal City is paralysed by a blizzard. And a gruesome discovery is made in the Pantheon - one of Rome's most ancient and revered architectural treasures. Covered by softly falling snow is the body of a young woman - her back horribly mutilated . . . But before Costa, Peroni and Rome's Questura can begin a formal investigation the US Embassy has brought in its own people, FBI Agents who want the case closed down as quickly and discreetly as possible.

But Costa is determined to find out why - and as the FBI grudgingly admits that this corpse is not the first, the mutilations of the woman's body point to Leonardo Da Vinci's Vitruvian Man - and to a conspiracy so sinister and buried so deep, that only two people know its true, crazed meaning.

" Refreshing.... fully satisfying." -- "Detroit Free Press" " A fast-paced procedural." -- "The Sacramento Bee" " Hewson is as adroit as ever in the crafting and characterizations in his tale." -- "Rocky Mountain News" " Hewson's literate prose, bolstered by local color and historical tidbits, makes for top-flight entertainment." -- "Kirkus Reviews"" Hewson's solid writing and multidimensional characters command attention from start to finish of this smart, literate thriller.... Elegant." -- "Publishers Weekly" "From the Hardcover edition."

David Hewson was born in Yorkshire in 1953. He was a journalist from the age of seventeen, working most recently for The Sunday Times. He has also written several novels, as well as a number of travel books. Following A Season for the Dead and The Villa of Mysteries, The Sacred Cut is the third in his Italian crime series featuring Detective Nic Costa. The author lives in Kent.

GOR000617571
The Sacred Cut by David Hewson
David Hewson
Nic Costa
Used - Very Good
Paperback
Pan Macmillan
2006-03-03
528
0330493671
9780330493673
N/A
Book picture is for illustrative purposes only, actual binding, cover or edition may vary.
This is a used book - there is no escaping the fact it has been read by someone else and it will show signs of wear and previous use. Overall we expect it to be in very good condition, but if you are not entirely satisfied please get in touch with us.