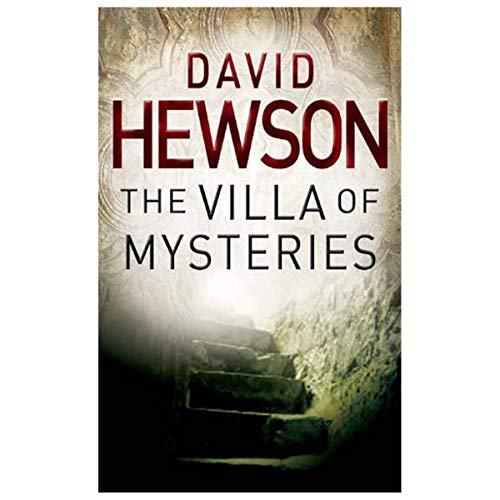 The Villa of Mysteries
by David Hewson

In Stock
£4.49
A young woman is found dead - victim of an ancient ritual or of a modern-day crime?
Very Good
Only 2 left

The Villa of Mysteries Summary

The Villa of Mysteries by David Hewson

When a young woman turns up dead in a peat bog near the banks of the River Tiber, Teresa, a maverick pathologist, thinks she's got the victim of an ancient Roman ritual on her hands. She's wrong. Leo Falcone, the chief inspector, knows this case is recent history and the horror is still very much alive.

So begins an investigation that will take the police deep into the dark underworld of modern day Rome's most disturbing and sinister secrets. Nic Costa is trying to stay off the drink. Gianni Peroni used to work vice until he was caught in one of his own department's stings. Emilio Neri, the local mafia boss, can't trust his own son and Vergil Wallis, the American mobster, is refusing to talk. Meanwhile, someone is trying very hard to kill the pathologist. And now another beautiful young woman has gone missing ...

The Villa of Mysteries Reviews

"The climax is taut and exciting ... there's an interesting score being settled by rival mobsters, some dark family secrets coming to light and some nasty betrayals in the works." "--San Francisco Chronicle" "From the Hardcover edition."

David Hewson was born in Yorkshire in 1953. He worked as staff writer on The Times from 1978, and has written several novels, as well as a number of travel books. He is now a weekly columnist for The Sunday Times . Following A Season for the Dead, The Villa of Mysteries is the second in his Italian crime series featuring Detective Nic Costa. The author lives in Kent.

GOR000950833
The Villa of Mysteries by David Hewson
David Hewson
Used - Very Good
Paperback
Pan Macmillan
2005-02-04
512
0330493655
9780330493659
N/A
Book picture is for illustrative purposes only, actual binding, cover or edition may vary.
This is a used book - there is no escaping the fact it has been read by someone else and it will show signs of wear and previous use. Overall we expect it to be in very good condition, but if you are not entirely satisfied please get in touch with us.