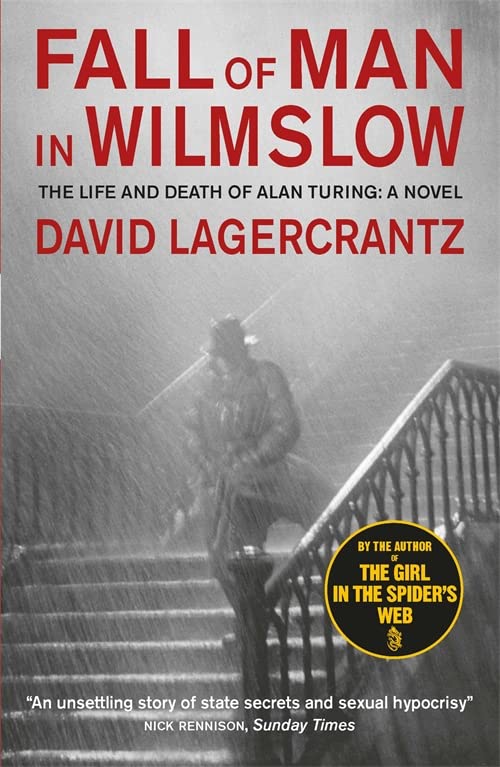 Used Price
Free Shipping in the UK
A powerful tale of honour, prejudice and the twentieth century's most maltreated hero, by the acclaimed author of The Girl in the Spider's Web
Reviews:
Trustpilot
Very Good

A powerful tale of honour, prejudice and the twentieth century's most maltreated hero, by the acclaimed author of THE GIRL IN THE SPIDER'S WEB.

Stumbling across evidence of Turing's genius, and sensing an escape from a narrow life, Corell soon becomes captivated by Turing's brilliant and revolutionary work, and begins to dig deeper. But in the febrile atmosphere of the Cold War, loose cannons cannot be tolerated. As his innocent curiosity takes him far out of his depth, Corell realises he has much to learn about the dangers of forbidden knowledge.

Lagercrantz neatly intertwines the facts of Turing's life with the fiction of Corell's quest for knowledge to create an unsettling story of state secrets and sexual hypocrisy -- Nick Rennison * Sunday Times *
Has the faintest whiff of W.G. Sebald; haunted characters determined to pull others down into turbid, oppressive currents of memory and ideas. You are willingly drawn down with them -- Sinclair McKay * Spectator *
Swedish crime fiction moves into Britain's heartland in this superbly written espionage and murder novel . . . Lagercrantz has the lingo, the mood and the place down pat. -- Margaret Cannon * Globe and Mail (Toronto) *
A persuasive evocation of Turing's genius and of a Britain still suffering under rationing and repression -- Harry Ritchie * Daily Mail *
Perhaps the most signal achievement here is the clever melding of two narrative forms: a sympathetic biography of a real historical figure treated appallingly by the establishment, and a police procedural in which a dogged copper tries to crack a mystery in the teeth of bloody-minded intransigence -- Barry Forshaw * Independent *
Absorbing . . . Gets the synapses sparking . . . Lagercrantz is at home with a damaged hero who has more of an affinity with computers than humans -- Jake Kerridge * Sunday Telegraph *

GOR007509734
Fall of Man in Wilmslow by David Lagercrantz
David Lagercrantz
Used - Very Good
Paperback
Quercus Publishing
2016-10-06
368
1848668937
9781848668935
N/A
Book picture is for illustrative purposes only, actual binding, cover or edition may vary.
This is a used book - there is no escaping the fact it has been read by someone else and it will show signs of wear and previous use. Overall we expect it to be in very good condition, but if you are not entirely satisfied please get in touch with us.