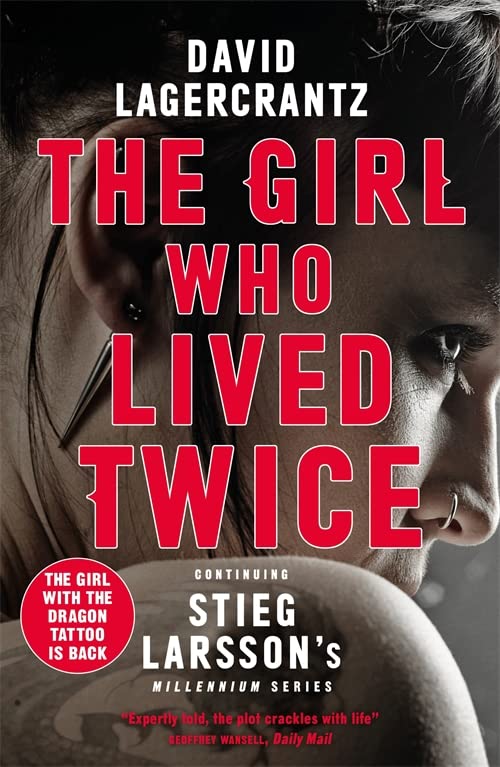 **THE GIRL WITH THE DRAGON TATTOO IS BACK!**

As Salander follows the scorched trail of her twin sister to Moscow, Blomkvist fears for her safety.

He should, perhaps, be more concerned for himself. The murder of a homeless man on the streets of Stockholm has drawn him into a conspiracy that scales the heights of Everest and plunges to the depths of Russia's criminal underworld.

And now Lisbeth will face her nemesis. For the girl with the dragon tattoo, the personal is always political - and ultimately deadly.

GOR010849834
The Girl Who Lived Twice: A Thrilling New Dragon Tattoo Story by David Lagercrantz
David Lagercrantz
Millennium
Used - Very Good
Paperback
Quercus Publishing
2020-04-02
368
1529406889
9781529406887
N/A
Book picture is for illustrative purposes only, actual binding, cover or edition may vary.
This is a used book - there is no escaping the fact it has been read by someone else and it will show signs of wear and previous use. Overall we expect it to be in very good condition, but if you are not entirely satisfied please get in touch with us.