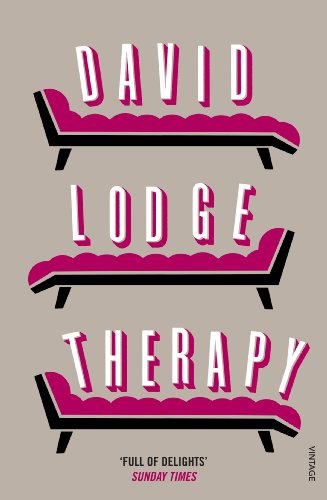 In Stock
£5.99
A successful sitcom writer with plenty of money, a stable marraige, a platonic mistress and a flash car, Laurence 'Tubby' Passmore has more reason than most to be happy.
Very Good Good Well Read
6 in stock

A successful sitcom writer with plenty of money, a stable marraige, a platonic mistress and a flash car, Laurence 'Tubby' Passmore has more reason than most to be happy. Yet neither physiotherapy nor aromatherapy, cognitive-behaviour therapy or acupuncture can cure his puzzling knee pain or his equally inexplicable mid-life angst. As Tubby's life fragments under the weight of his self-obsession, he embarks - via Kierkegaard, strange beds from Rummidge to Tenerife to Beverly Hills, a fit of literary integrity and memories of his 1950s South London boyhood - on a picaresque quest for his lost contentment.

"Full of delights... His view of our neuroses is sane, intelligent and amused" -- John Mortimer * Sunday Times *
"Energetic, comic...a highly ingenious games-board of moves and counter-moves" * Sunday Telegraph *
"Lodge remains one of the very best English comic novelists of the post-war era; and Therapy is good for you" * Time Out *
"Takes off on wings of humour and pathos which would not have disgraced Lodge's great hero Dickens... A splendid novel" * Daily Express *
"A real treat...a joy - a sobering joy, but a joy none the less" * Observer *

David Lodge (CBE)'s novels include Changing Places, Small World and Nice Work (shortlisted for the Booker) and, most recently, A Man of Parts. He has also written plays and screenplays, and several books of literary criticism. His works have been translated into more than thirty languages. He is Emeritus Professor of English Literature at Birmingham, a Fellow of the Royal Society of Literature, and is a Chevalier de l'Ordre des Arts et des Lettres.

GOR003616457
Therapy by David Lodge
David Lodge
Used - Very Good
Paperback
Vintage Publishing
2011-04-07
336
0099554194
9780099554196
N/A
Book picture is for illustrative purposes only, actual binding, cover or edition may vary.
This is a used book - there is no escaping the fact it has been read by someone else and it will show signs of wear and previous use. Overall we expect it to be in very good condition, but if you are not entirely satisfied please get in touch with us.