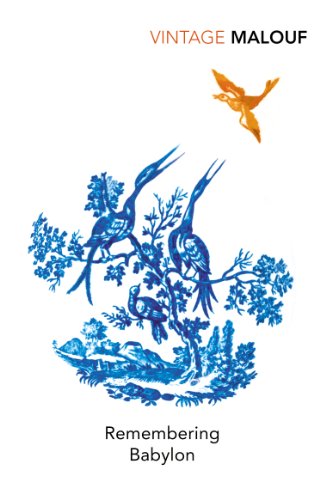 In Stock
£5.99
A searing and magnificent picture of Australia at the moment of its foundation, with early settlers staking out their small patch of land and terrified by the harsh and alien continent. Shot through with humour, and poetic intensity, Malouf's epic novel of epic scope is simple, compassionate and universal.
Well Read
Only 1 left

A searing and magnificent picture of Australia at the moment of its foundation, with early settlers staking out their small patch of land and terrified by the harsh and alien continent. Focussing on the hostility between the early British inhabitants and the native Aborigines, Remembering Bablyon tells the tragic and compelling story of a boy who finds himself caught between the two worlds. Shot through with humour, and poetic intensity, Malouf's epic novel of epic scope is simple, compassionate and universal.

"Malouf dares a style in which a metaphor clinches a whole personality, while the common act of looking at the light and plants of Australia produces plainly spiritual transformations." -- Francis Spufford * The Guardian (London) *
"Remembering Babylon is another rare chance to read a work by one of the few contemporary novelists who examines our constantly battered humanity and again and again brings out its lingering beauty" -- Terry Goldie * The Globe and Mail (Canada) *
"There are passages of aching beauty in Remembering Babylon, and passages of shocking degradation. Mr. Malouf has written a wonderfully wise and moving novel, a novel that turns the history and mythic past of Australia into a dazzling fable of human hope and imperfection" * New York Times *
"A dazzling novel...The story has moments of such high intensity that they remain scorched in memory. As the story moves forward to its conclusion, we go unwillingly with it, not wanting this book, with the wisdom it contains, to stop speaking to us." * The Toronto Star *
"The novel is beautifully written. Malouf's Queensland shimmers." -- Susan Geason * The Sun Herald (Sydney, Austrailia) *

David Malouf is the internationally acclaimed author of novels including The Great World (winner of the Commonwealth Writers' prize and the Prix Femina Etranger), Remembering Babylon (shortlisted for the Booker Prize and winner of the IMPAC Dublin Literary Award), An Imaginary Life, Conversations at Curlow Creek, His most recent, Ransom, published in 2010, and his autobiographical classic 12 Edmondstone Street. His Collected Stories won the 2008 Australia-Asia Literary Award, and his recent story collections are Dream Stuff ('These stories are pearls' Spectator) and Every Move You Make ('Rare and luminous talent' Guardian). In 2008 Malouf was the Scottish Arts' Council Muriel Spark International Fellow. Born in 1934 in Brisbane, where he was brought up, he lives in Sydney.

GOR009943021
Remembering Babylon by David Malouf
David Malouf
Used - Well Read
Paperback
Vintage Publishing
2014-03-06
192
0099589737
9780099589730
N/A
Book picture is for illustrative purposes only, actual binding, cover or edition may vary.
This is a used book - there is no escaping the fact it has been read by someone else and it will show signs of wear and previous use. Overall we expect it to be in very good condition, but if you are not entirely satisfied please get in touch with us.