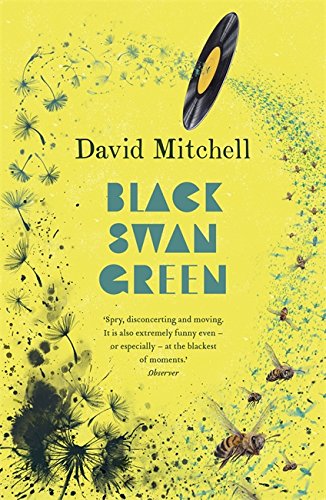 January, 1982. Thirteen-year-old Jason Taylor - covert stammerer and reluctant poet - anticipates a stultifying year in his backwater English village. But he hasn't reckoned with bullies, simmering family discord, the Falklands War, a threatened gypsy invasion and those mysterious entities known as girls. Charting thirteen months in the black hole between childhood and adolescence, this is a captivating novel, wry, painful and vibrant with the stuff of life.

GOR010454196
Black Swan Green by David Mitchell
David Mitchell
Used - Like New
Paperback
Hodder & Stoughton General Division
2006-05-18
384
0340822805
9780340822807
N/A
Book picture is for illustrative purposes only, actual binding, cover or edition may vary.
The book has been read, but looks new. The book cover has no visible wear, and the dust jacket is included if applicable. No missing or damaged pages, no tears, possible very minimal creasing, no underlining or highlighting of text, and no writing in the margins.