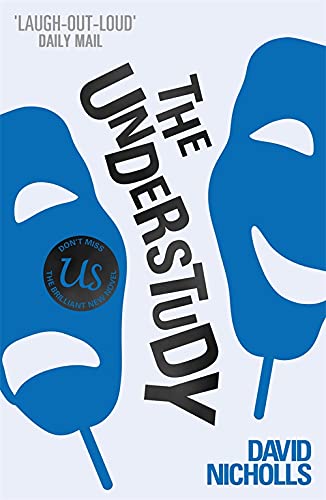 The Understudy
by David Nicholls

In Stock
£3.59
A comedy masterpiece from the bestselling author of ONE DAY and STARTER FOR TEN.
Very Good Good Well Read
54 in stock

The Understudy by David Nicholls

From the bestselling author of STARTER FOR TEN, ONE DAY and US, THE UNDERSTUDY is a scintillating comedy of ambition, celebrity, jealousy and love.

For Josh Harper, being in show-business means everything he ever wanted - money, fame, a beautiful wife, and a lead role on the London stage. For Stephen C. McQueen, it means a disastrous career playing passers-by and dead people.

Stephen is stuck with an unfortunate name, a hopeless agent, a daughter he barely knows, and a job as understudy to Josh Harper, the 12th Sexiest Man in the World. And when Stephen falls in love with Josh's clever, funny wife Nora, things get even more difficult.

But might there yet be a way for Stephen to get his Big Break?

THE UNDERSTUDY is a scintillating comedy of ambition, celebrity, jealousy and love.

GOR001066332
The Understudy by David Nicholls
David Nicholls
Used - Very Good
Paperback
Hodder & Stoughton General Division
2006-09-21
416
0340935219
9780340935217
N/A
Book picture is for illustrative purposes only, actual binding, cover or edition may vary.
This is a used book - there is no escaping the fact it has been read by someone else and it will show signs of wear and previous use. Overall we expect it to be in very good condition, but if you are not entirely satisfied please get in touch with us.