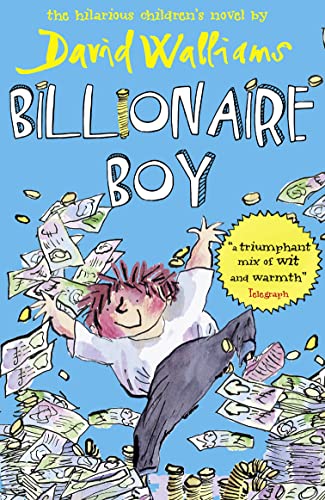 Joe has a lot of reasons to be happy. About a billion of them, in fact.

You see, Joe's rich. Really, really rich. Joe's got his own bowling alley, his own cinema, even his own butler who is also an orangutan. He's the wealthiest twelve-year-old in the land.

Yes, Joe has absolutely everything he could possibly want. But there's just one thing he really needs: a friend...

GOR005394326
Billionaire Boy by David Walliams
David Walliams
Used - Like New
Paperback
HarperCollins Publishers
2011-06-09
288
000737108X
9780007371082
N/A
Book picture is for illustrative purposes only, actual binding, cover or edition may vary.
The book has been read but remains in clean condition. All pages are intact and the cover is intact. Some minor wear to the spine.