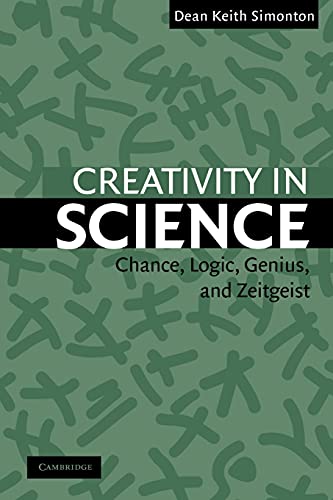 In Stock
£19.99
Where do major scientific breakthroughs come from? Do they arise from the logic of the scientific method or do they result from flashes of genius? This book provides an answer not by choosing one explanation and ignoring the others, but rather by unifying all four perspectives into a single theory.
Very Good
Only 1 left

Psychologists, sociologists, philosophers, historians - and even scientists themselves - have often tried to decipher the basis for creativity in science. Some have attributed creativity to a special logic, the so-called scientific method, whereas others have pointed to the inspirations of genius or to the inevitable workings of the zeitgeist. Finally, some have viewed scientific breakthroughs as the product of chance, as witnessed in the numerous episodes of serendipity. Too often these four alternative interpretations are seen as mutually exclusive. Yet the central thesis of this book is that the chance, logic, genius, and zeitgeist perspectives can be integrated into a single coherent theory of creativity in science. But for this integration to succeed, change must be elevated to the status of primary cause. Logic, genius and the zeitgeist still have significant roles to play but mainly operate insofar as they enhance, or constrain the operation of a chance combinatorial process.

"This engaging and insightful book explores the four candidates that traditionally have been suggested to explain creativity in science. Recommended." -R.M. Davis, Albion College, CHOICE
"Simonton is a very clear writer, and the empirical support he marshals is impressive. Although the book begins with an advisement of mathematical formulae to be used, Simonton does not bog the reader down with equations. Instead, he affirms the superiority of the change approach as an overarching explanation to scientific creativity with a thorough account of how the causal predictions based on the logic, genius, and zeitgeist perspectives ultimately contradict available data." -Christopher H. Ramey, Department of Psychology, Florida Southern College, Philosophical Psychology

Dean Keith Simonton is Professor of Psychology at the University of California, Davis. He is the author of nine books, including Genius, Creativity, and Leadership (1984), Scientific Genius (Cambridge 1988), Psychology, Science, and History (1990), Greatness (1994), Origins of Genius (1999) and Great Psychologists and their Times (2002).

GOR010304286
Creativity in Science: Chance, Logic, Genius, and Zeitgeist by Dean Keith Simonton (University of California, Davis)
Dean Keith Simonton (University of California, Davis)
Used - Very Good
Paperback
Cambridge University Press
2004-05-03
234
052154369X
9780521543699
N/A
Book picture is for illustrative purposes only, actual binding, cover or edition may vary.
This is a used book - there is no escaping the fact it has been read by someone else and it will show signs of wear and previous use. Overall we expect it to be in very good condition, but if you are not entirely satisfied please get in touch with us.