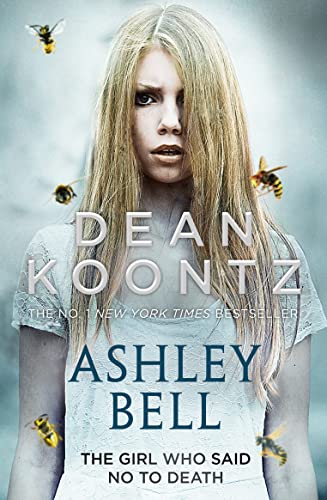 From #1 New York Times bestselling author Dean Koontz comes the must-read thriller of the year, perfect for readers of dark psychological suspense and modern classics of mystery and adventure.

From #1 New York Times bestselling author Dean Koontz comes the must-read thriller of the year, perfect for readers of dark psychological suspense and modern classics of mystery and adventure.

Bibi Blair is a fierce, funny, dauntless young woman - whose doctor says she has one year to live.

Her sudden recovery is a medical miracle.

An enigmatic woman convinces Bibi that she escaped death so that she can save someone else. Someone named Ashley Bell.

But who is Ashley Bell? And what exactly does she need saving from?

Bibi's obsession with finding Ashley sends her on the run from threats both mystical and worldly, including a rich and charismatic cult leader with terrifying ambitions.

Praise for The City:

`A satisfying dish blended with a little sadness and
pips of joy that swell inside you. Delicious' Sun

'I loved this novel. It is such a joy to read. This is more than your everyday adrenaline ride. The most gripping thing I've read in a long, long time. You sense you are reading a master still at the peak of his powers' Matt Haig (author of The Humans)

Dean Koontz is the author of more than a dozen New York Times No. 1 bestsellers. His books have sold over 500 million copies worldwide, a figure that increases by more than 17 million copies per year, and his work is published in 38 languages.

GOR007557420
Ashley Bell by Dean Koontz
Dean Koontz
Used - Very Good
Paperback
HarperCollins Publishers
2016-06-02
656
0007520352
9780007520350
N/A
Book picture is for illustrative purposes only, actual binding, cover or edition may vary.
This is a used book - there is no escaping the fact it has been read by someone else and it will show signs of wear and previous use. Overall we expect it to be in very good condition, but if you are not entirely satisfied please get in touch with us.