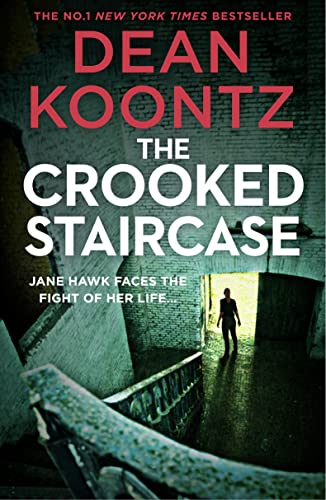 The Crooked Staircase
by Dean Koontz

Jane Hawk faces the fight of her life

Jane Hawk faces the fight of her life

'I could be dead tomorrow. Or something worse than dead'

Rogue FBI agent Jane Hawk will never cease her one-woman war against the terrifying conspiracy that threatens the freedom - and free will - of millions.

Battling the mysterious epidemic of murder-suicides that claimed her husband has made Jane a wanted fugitive, hunted relentlessly by the secret cabal behind the plot.

Jane will confront head-on the lethal forces arrayed against her. But nothing can prepare her for what awaits when she descends the crooked staircase to the dark and dreadful place where her long nightmare was born.

GOR009621760
The Crooked Staircase (Jane Hawk Thriller, Book 3) by Dean Koontz
Dean Koontz
Jane Hawk Thriller
Used - Very Good
Paperback
HarperCollins Publishers
2018-12-27
512
0008291519
9780008291518
N/A
Book picture is for illustrative purposes only, actual binding, cover or edition may vary.
This is a used book - there is no escaping the fact it has been read by someone else and it will show signs of wear and previous use. Overall we expect it to be in very good condition, but if you are not entirely satisfied please get in touch with us.