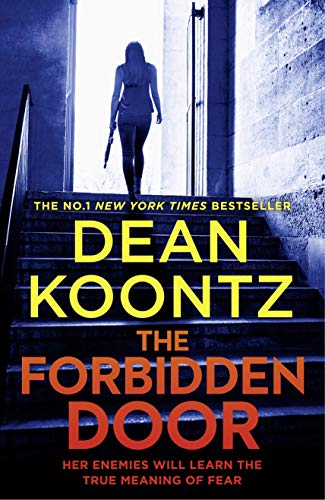 The Forbidden Door
by Dean Koontz

Her enemies will learn the true meaning of fear...

The No.1 New York Times bestseller and master of suspense Dean Koontz returns with the fourth Jane Hawk blockbuster.

Her enemies will learn the true meaning of fear...

The No.1 New York Times bestseller and master of suspense Dean Koontz returns with the fourth Jane Hawk blockbuster.

'I will come for you. Nothing can stop me!'

Rogue FBI agent Jane Hawk is on the trail of the members of a murderous organization who drove her husband - and scores of other fine individuals - to commit suicide for no explicable reason.

Now the secret cabal behind the plot is closing in on her beloved five-year-old son, whom she sent into protective hiding with her dearest friends.

Jane will stop at nothing to save him. But even if she can get to him in time there's still the risk that the forbidden door will be opened and an unimaginable terror unleashed.

Praise for The Forbidden Door:

Praise for The Crooked Staircase:

GOR010088247
The Forbidden Door (Jane Hawk Thriller, Book 4) by Dean Koontz
Dean Koontz
Jane Hawk Thriller
Used - Like New
Paperback
HarperCollins Publishers
2019-07-11
480
0008291454
9780008291457
N/A
Book picture is for illustrative purposes only, actual binding, cover or edition may vary.
The book has been read, but looks new. The book cover has no visible wear, and the dust jacket is included if applicable. No missing or damaged pages, no tears, possible very minimal creasing, no underlining or highlighting of text, and no writing in the margins.