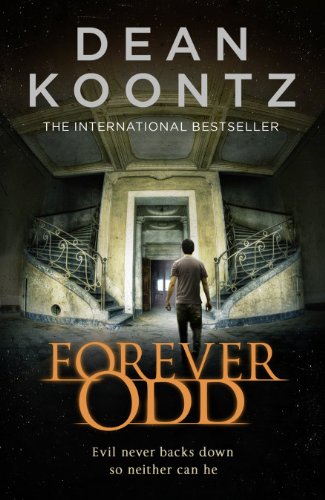 The international Number One bestseller Dean Koontz's most-loved character, Odd Thomas, is back. A gripping and powerful thriller - full of suspense, mystery and horror.

The international Number One bestseller Dean Koontz's most-loved character, Odd Thomas, is back. A gripping and powerful thriller - full of suspense, mystery and horror.

Evil never backs down, so neither can he.

Odd Thomas, that unlikely hero, once more stands between us and our worst fears.

Odd never asked to communicate with the dead - they sought him out, in the small desert town of Pico Mundo, which he can never leave. He has already lost the love of his life; and now a childhood friend has disappeared and the worst is feared.

But as Odd applies his unique talents to the task of finding his friend, he discovers something far worse than a dead body. Evil personified has come to visit this desert community of souls both living and dead...

`The result is a blend of humour, humanity and horror, the classic Koontz concoction' The Times

GOR003337835
Forever Odd by Dean Koontz
Dean Koontz
Used - Very Good
Paperback
HarperCollins Publishers
2011-06-23
432
0007368313
9780007368310
N/A
Book picture is for illustrative purposes only, actual binding, cover or edition may vary.
This is a used book - there is no escaping the fact it has been read by someone else and it will show signs of wear and previous use. Overall we expect it to be in very good condition, but if you are not entirely satisfied please get in touch with us.