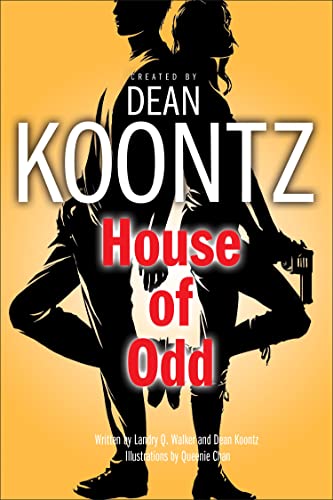 House of Odd
by Dean Koontz

House of Odd by Dean Koontz

Odd Thomas's bestselling author friend, Ozzie Boone, asks Odd to pay a call on an old friend: Hollywood producer Nedra Nolan, who has just bought a dilapidated mansion in Pico Mundo and hopes to make it her retirement hideaway.

However, mysterious occurrences - windows opening of their own accord, rooms going cold, and chandeliers crashing to the floor - have frightened away every workman she hires.

Odd and his girlfriend Stormy think they can determine what might be haunting the huge old house. But not even Odd's ability to see the lingering dead can prepare him for the horror he discovers in the rambling cellar...

Dean Koontz is an international household name whose novels have been bestsellers around the world, selling 17 million copies each year. Born and raised in Pennsylvania, he lives with his wife Gerda, their dog Anna and the enduring spirit of their dog Trixie in southern California.

Landry Q. Walker, is a well-known comic book writer. His original series The Super Scary Monster Show is currently being developed as an animated TV series.

Queenie Chan, an Australian artist, is best-known for her series The Dreaming.

GOR010767411
House of Odd by Dean Koontz
Dean Koontz
Used - Well Read
Paperback
HarperCollins Publishers
2012-03-01
224
0007457758
9780007457755
N/A
Book picture is for illustrative purposes only, actual binding, cover or edition may vary.
This is a used book. We do our best to provide good quality books for you to read, but there is no escaping the fact that it has been owned and read by someone else previously. Therefore it will show signs of wear and may be an ex library book.