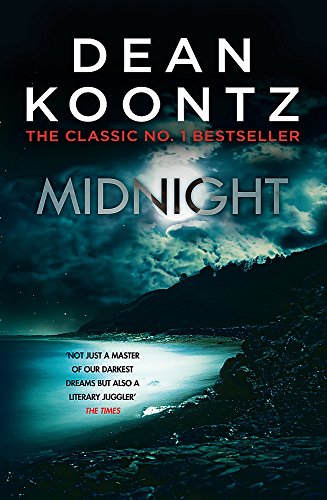 Used Price
4,49 £
New RRP 8,99 £
Free Shipping in the UK
'Not just a master of our darkest dreams but also a literary juggler' THE TIMES on Dean Koontz.
Very Good

The No.1 bestselling classic from Dean Koontz, the master of chilling suspense, that will thrill fans of Stephen King and the Odd Thomas series.

What is the dark secret that haunts Moonlight Cove?

A string of inexplicable deaths has occurred in this picturesque coastal town; sinister, shadowy figures stalk the streets in the dead of night and four people are drawn together by terrifying circumstance:

A young woman determined to find the truth behind her sister's suicide; an undercover federal agent; a child on the run from her parents and a wheelchair-bound veteran.

As darkness descends, these four must confront the chilling nightmare of Moonlight Cove.

Wow! It's a mix to tingle any reader's fancy - New York Daily NewsKoontz's art is making the reader believe the impossible... sit back and enjoy it - Sunday TelegraphGenuinely chilling - GuardianThis is Koontz at his best, and a sure-fire bestseller - Kirkus Reviews

GOR007181712
Midnight: A darkly thrilling novel of chilling suspense by Dean Koontz
Dean Koontz
Used - Very Good
Paperback
Headline Publishing Group
2015-11-05
608
1472230299
9781472230294
N/A
Book picture is for illustrative purposes only, actual binding, cover or edition may vary.
The book has been read but remains in clean condition. All pages are intact and the cover is intact. Some minor wear to the spine.