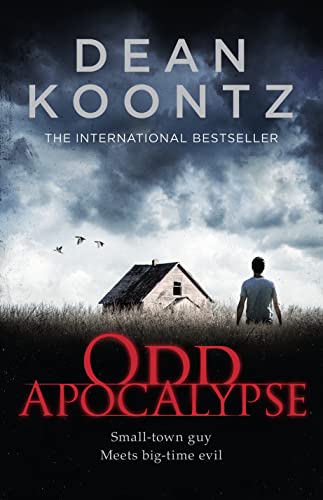 Odd Thomas has seen danger and he has seen death. He lives between two worlds, communicating with the lingering dead.

He stands between us and our darkest fears, never failing the tests that confront him, whatever the cost.

Now he has found refuge in a crumbling mansion in Santa Barbara, along with his closest friends both living and dead. But the house is a place of terrible secrets, haunted by lingering spirits. And there is a stranger, more frightening presence still...

GOR004092085
Odd Apocalypse by Dean Koontz
Dean Koontz
Used - Very Good
Hardback
HarperCollins Publishers
2012-07-19
400
0007326998
9780007326990
N/A
Book picture is for illustrative purposes only, actual binding, cover or edition may vary.
This is a used book - there is no escaping the fact it has been read by someone else and it will show signs of wear and previous use. Overall we expect it to be in very good condition, but if you are not entirely satisfied please get in touch with us.