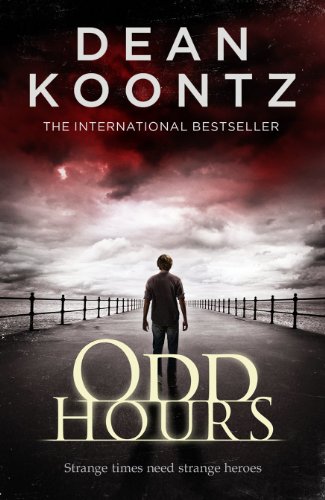 Odd Thomas lives always between two worlds. He can see the lingering dead and knows that even in chaos, there is order, purpose, and strange meaning that invites our understanding but often thwarts it.

Intuition has brought Odd Thomas to the quaint town of Magic Beach on the California coast. As he waits to learn why he has been drawn there, he finds work as a cook and assistant to a once-famous film actor who, at eighty has become an eccentric with as long a list of fears as he has stories about Hollywood's golden days.

Odd is having dreams of a red tide, vague but worrisome. By day he senses a free-floating fear in the air of the town, as if unleashed by the crashing waves. But nothing prepares him for the hard truth of what he will discover as he comes face to face with a form of evil that will test him as never before...

`On his day, Koontz can out-King Stephen King' Daily Sport

`A blend of humour, humanity and horror, the classic Koontz concoction' The Times

GOR004422996
Odd Hours by Dean Koontz
Dean Koontz
Used - Very Good
Paperback
HarperCollins Publishers
2011-07-22
412
000736833X
9780007368334
N/A
Book picture is for illustrative purposes only, actual binding, cover or edition may vary.
This is a used book - there is no escaping the fact it has been read by someone else and it will show signs of wear and previous use. Overall we expect it to be in very good condition, but if you are not entirely satisfied please get in touch with us.