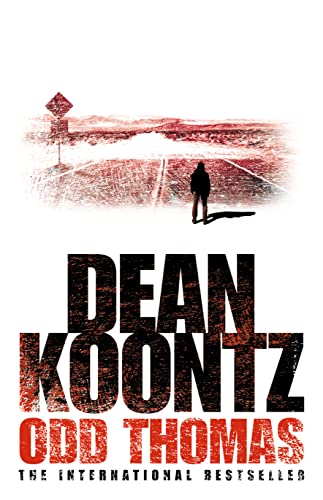 Odd by name, a hero by nature.

He's Odd. Odd Thomas, to be precise. Genius fry-cook at the Pico Mundo grill; boyfriend to the gorgeous Stormy Llewellyn - and possibly the only person with a chance of stopping one of the worst crimes in the bloody history of murder...

Something evil has come to the desert town that Odd and Stormy call home. It comes in the form of a mysterious man with a macabre appetite, a filing cabinet full of information on the world's worst killers, and strange, hyena-like shadows following him wherever he goes. Odd is worried. He knows things, sees things - about the living, the dead and the soon to be dead. Things that he has to act on. Now he's terrified for Stormy, himself and Pico Mundo. Because he knows that on Wednesday August 15, a savage, blood-soaked whirlwind of violence and murder will devastate the town.

Today is August 14. And Odd is far from sure he can stop the coming storm...

`Odd Thomas is one of his finest books, and Odd himself is a superb character' Independent

`Tension is the name of Koontz's ghoulish game' Mirror

`The action is intense' Guardian