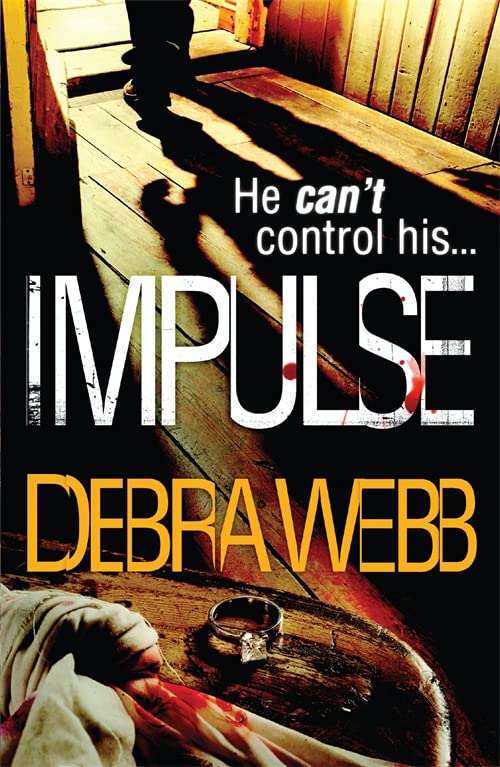 Impulse (The Faces of Evil 2)
by Debra Webb

Impulse (The Faces of Evil 2) Summary

Impulse (The Faces of Evil 2) by Debra Webb

He will hurt those she loves...

Special Agent Jess Harris is the only person to have come close to The Player, a terrifying serial killer. And now, as she tries to rebuild her life in her hometown of Birmingham, Alabama - with the offer of promotion and the prospect of love - The Player has other ideas...

Until she is his.

He is fixated on Jess, on how close she came to catching him and on the terrifying revenge he plans to enact when he finds her. As it becomes clear that he is targeting those closest to her, Jess realises that the only way to save them is to sacrifice herself.

But can he be stopped?

Jess is determined to protect those she loves and defend her way of life. But will she be strong enough? And how high a price might she have to pay?

Catch the rest of the heart-stopping series: Obsession, Power, Rage, Revenge and Ruthless.

Impulse (The Faces of Evil 2) Reviews

Debra Webb, born in Alabama, wrote her first story at age nine and her first romance at thirteen. It wasn't until she spent three years working for the military behind the Iron Curtain - and a five-year stint with NASA - that she realised her true calling. A collision course between suspense and romance was set. Since then she has penned more than 100 novels.

GOR004672308
Impulse (The Faces of Evil 2) by Debra Webb
Debra Webb
The Faces of Evil
Used - Very Good
Paperback
Headline Publishing Group
2013-02-14
400
075539688X
9780755396887
N/A
Book picture is for illustrative purposes only, actual binding, cover or edition may vary.
This is a used book - there is no escaping the fact it has been read by someone else and it will show signs of wear and previous use. Overall we expect it to be in very good condition, but if you are not entirely satisfied please get in touch with us.