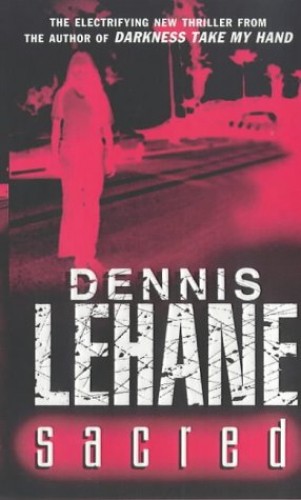 In Stock
£4.49
Griefstricken over the death of her mother and the impending death of her father, Desiree Stone has been missing for three weeks - and so has the first investigator hired to find her. Boston detectives Patrick Kenzie and Angela Gennaro are hired to continue the search, but nothing is what it seems.
Very Good
Only 4 left

Dying billionaire Trevor Stone hires private detectives Patrick Kenzie and Angela Gennaro to find his missing daughter. Grief-stricken over the death of her mother and the impending death of her father, Desiree Stone has been missing for three weeks. So has the first investigator Trevor Stone hired to find her- Jay Becker, Patrick's mentor. As Patrick and Angie begin their search, they are led down a trail of half-truths and corruption into a world in which a therapeutic organization may be fronting for a dangerous cult; a hi-tech private investigation firm may be covering up lethal crimes; and a stolen cache of millions in illegal funds may be tied to both disappearances and a tanker full of heroin.

Nothing is remotely what it seems as the detectives travel from the wind-blown streets of Boston to the rum-punch sunsets of Florida's Gulf Coast and back again, searching for a woman and a man who could be saints or sinners, victims or victimizers, alive or dead. And the more Patrick and Angie discover, the more they realize that on this case, any wrong step will certainly be their last.

Dennis Lehane was born and raised in Dorchester, Massachusetts. He has written seven novels, A DRINK BEFORE THE WAR, DARKNESS, TAKE MY HAND, SACRED, GONE BABY GONE, PRAYERS FOR RAIN, MYSTIC RIVER, SHUTTER ISLAND and a short story collection, CORONADO. MYSTIC RIVER was turned into an Oscar-nominated film, directed by Clint Eastwood and starring Sean Penn, Kevin Bacon and Tim Robbins. Before becoming a full-time writer, Mr Lehane worked as a counsellor with mentally handicapped and abused children, waited tables, parked cars, drove limos, worked in bookstores, and loaded tractor-trailers. His one regret is that no one ever gave him a chance to tend bar. He lives in the Boston area.

GOR001167204
Sacred by Dennis Lehane
Dennis Lehane
Used - Very Good
Paperback
Transworld Publishers Ltd
1998-06-04
448
0553505858
9780553505856
N/A
Book picture is for illustrative purposes only, actual binding, cover or edition may vary.
This is a used book - there is no escaping the fact it has been read by someone else and it will show signs of wear and previous use. Overall we expect it to be in very good condition, but if you are not entirely satisfied please get in touch with us.