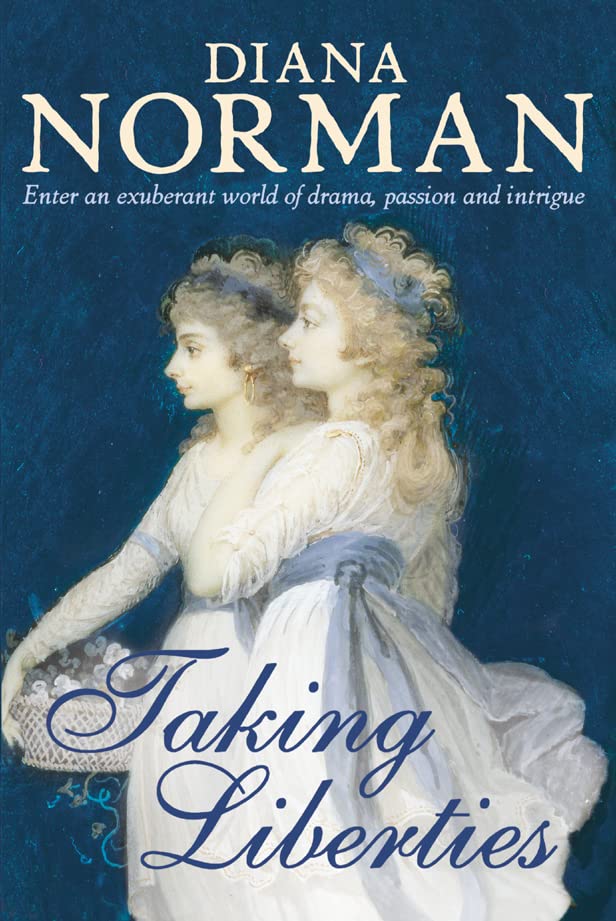 Diana Norman's second book for us, published at the same time as the paperback of A Catch of Consequence, is another brilliant, stylish historical novel. Even though it is set in the eighteenth century, this novel like her previous one has rare contemporary echoes.

Two women, both searching for apparently missing people, meet in the chaos of wartime Plymouth. Britain is at war with the French and the rebellious American colonies. But where the French captured by the British navy are recognized prisoners of war, the Americans are the non-combatants of their era.

Diana Stacpoole a young aristocrat recently saved by the death of her husband from a brutal marriage, is searching for the imprisoned son of a colonial friend: Makepeace Burke, a self-made woman, is looking for her daughter and companions, rescued from their destroyed ship but somehow lost on arrival in Britain.

The journey of discovery both women make through docks and prisons, government offices and brothels, palatial houses and smugglers hideaways, not only allows them to find the missing persons but also to forge an unlikely friendship and to find remarkable lovers. Finding liberty for others leads them to splendid liberty for themselves.

`Diana Norman is a bustling writer, who creates an exhilarating sense of these times and their possibilities.' Daily Telegraph

Diana Norman is married to film critic Barry Norman, and lives in Hertfordshire.

GOR004710818
Taking Liberties by Diana Norman
Diana Norman
Used - Good
Paperback
HarperCollins Publishers
2006-04-03
804
0007235232
9780007235230
N/A
Book picture is for illustrative purposes only, actual binding, cover or edition may vary.
This is a used book - there is no escaping the fact it has been read by someone else and it will show signs of wear and previous use. Overall we expect it to be in very good condition, but if you are not entirely satisfied please get in touch with us.