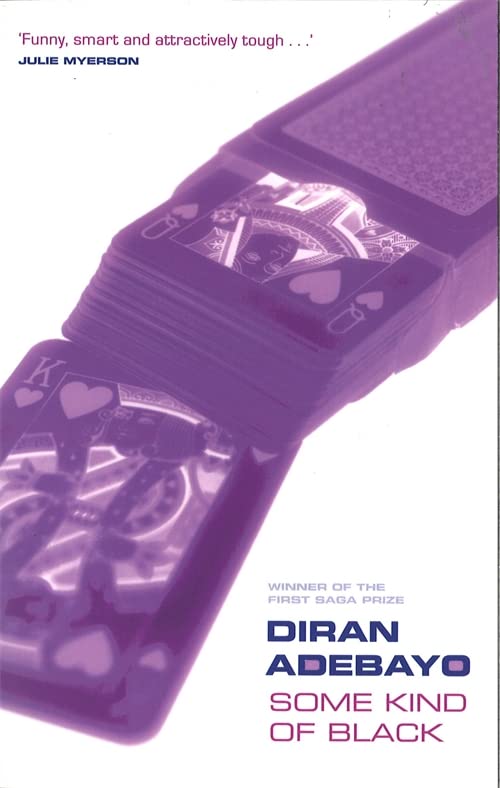 Some Kind Of Black
by Diran Adebayo

Some Kind Of Black Summary

Some Kind Of Black by Diran Adebayo

A coming of age story about Dele, a young student, and his sister Dapo whp glide through love, politics and violence; Diran Adebayo's debut is funny, street-smart fiction which puts language through hoops to create an exhilarating odyssey through the London scene.

Some Kind Of Black Reviews

A gloriously capable and confident writer...Some Kind of Black is thoughtful, witty and moving...it is refreshing to read something so extrovert and alert...I urge you to read it * THE TIMES *
Strikingly innovative...Adebayo's novel wryly captures the essence of a tribalised society, and, in doing so, has a powerful resonance for us all, black or white, as his complex web of storylines and characters culminates in a surprising denouncement. * INDEPENDENT ON SUNDAY *
Sharply written and exceptional * DAILY TELEGRAPH *
Magnificent and seductively Nineties * Julie Myerson *

Diran Adebayo grew up and lives in London. His acclaimed first novel, SOME KIND OF BLACK won a number of awards: The 1995 Saga Prize, a Betty Trask Award, and The Writers' Guilds New Writers of the Year Award. He has since written drama for radio and television.

GOR001171565
Some Kind Of Black by Diran Adebayo
Diran Adebayo
Used - Very Good
Paperback
Little, Brown Book Group
1997-08-21
256
0349108722
9780349108728
Winner of Saga Prize 1996 Winner of Authors' Club Best First Novel Award 1996 Winner of Saga Prize 1995 Short-listed for Betty Trask Award 1997
Book picture is for illustrative purposes only, actual binding, cover or edition may vary.
This is a used book - there is no escaping the fact it has been read by someone else and it will show signs of wear and previous use. Overall we expect it to be in very good condition, but if you are not entirely satisfied please get in touch with us.