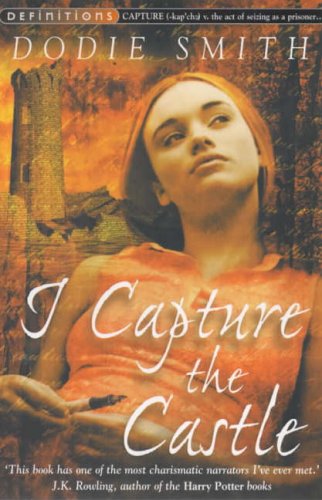 Out of Stock
Cassandra's diary reveals how their lives are changed forever two American brothers arrive to lay claim, not only to their home, but also their hearts.
Very Good Good
Only 0 left

Cassandra Mortmain is no ordinary teenager. She belongs to an extraordinary family including a father suffering from writer's block and a lute-playing stepmother, Topaz, who communes with nature near the wild, tumble-down castle that is their home. Cassandra's diary reveals how their lives are changed forever two American brothers arrive to lay claim, not only to their home, but also their hearts.

"This book has one of the most charismatic narrators I've ever met" * J. K. Rowling *
"The appeal of the book is that of a time of innocence . . . When a girl of 17 could still be all but untouched by sexuality. At the same time it captures the pangs of growing up and unrequited first love." * Observer *
"A book for everyone who is young, poor, fed up and yearning for something exciting to happen" * Irish Times *

Dorothy Gladys 'Dodie' Smith was born in 1896 in Lancashire and she was one of the most successful female dramatists of her generation. Her first novel, I Capture the Castle, was written when she lived in America during the 1940's and marked her crossover debut from playwright to novelist. The novel became an immediate success and was produced as a play in 1954. She has written numerous other novels but is best known today for The Hundred and One Dalmatians, a story for younger readers. The Hundred and One Dalmatians became the basis of two Disney Films.

GOR000558266
I Capture The Castle by Dodie Smith
Dodie Smith
Used - Very Good
Paperback
Random House Children's Publishers UK
1991-01-17
416
0099845008
9780099845003
Runner-up for The BBC Big Read Top 100 2003 Short-listed for BBC Big Read Top 100 2003
Book picture is for illustrative purposes only, actual binding, cover or edition may vary.
This is a used book - there is no escaping the fact it has been read by someone else and it will show signs of wear and previous use. Overall we expect it to be in very good condition, but if you are not entirely satisfied please get in touch with us.