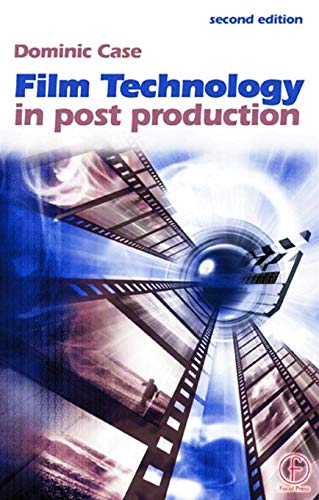 In Stock
£5.49
Intended for beginning professionals and students in filmmaking and postproduction, this book explains the film laboratory procedures in the context of the range of technology that is used by filmmakers, explaining what happens and why at every stage. It also demonstrates the different pathways for film production and postproduction.
Good
Only 1 left

An easy to follow, quick reference introductory guide for beginning professionals and students in filmmaking and postproduction. It explains all film laboratory procedures in the context of the wide range of technology that is used by filmmakers, explaining what happens and why at every stage. A technical understanding of film processing and printing, telecine and laboratory and digital processes will help you get the best results for your film. The book is particularly useful for those who have come to film making from other media - video or digital.

The book is based on the author's own experience as a lab technician and technical film consultant and provides answers to many frequently asked questions. The different pathways for film production and postproduction are demonstrated as well as the function of the lab at each stage of the process. The complete range of services is offered, with particular emphasis on the often confusing requirements for super 16 and the blow up to 35mm, the intricacies of negative cutting to match a non-linear edit and the process of grading and regrading for the answer print.

This new edition includes:
* An update on all digital formats of image and sound
* Revision sections on Super 16, Super 35
* Additional information on syncing rushes at telecine and to digital images
* The latest telecine machines
* A new, clear and simple glossary

Review of the previous edition:

'This is such a good, detailed and yet easily understood primer on the laboratory and post process, that most film-makers won't need to go any further. Well worth putting on the bookshelf.'
Reader's review on Amazon.com

GOR004797558
Film Technology in Post Production by Dominic Case
Dominic Case
Used - Good
Paperback
Taylor & Francis Ltd
2001-08-08
220
0240516508
9780240516509
N/A
Book picture is for illustrative purposes only, actual binding, cover or edition may vary.
This is a used book - there is no escaping the fact it has been read by someone else and it will show signs of wear and previous use. Overall we expect it to be in very good condition, but if you are not entirely satisfied please get in touch with us.