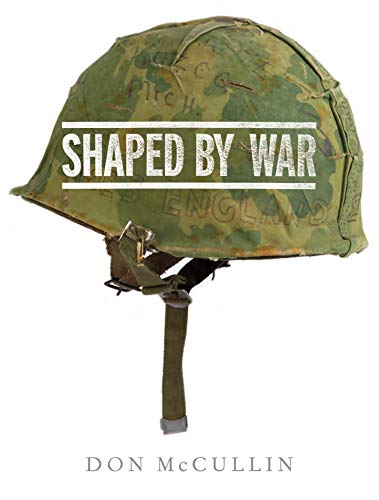 Shaped By War by Don McCullin

The author's pictures from the Citadel in Hue and in the ruins of Beirut are among the most unflinching records of modern war. In this book, he recounts the course of his professional life in a series of devastating texts on war, the events and the power of photography.

Shaped By War by Don McCullin

No other photographer in modern times has recorded war and its aftermath as widely and unsparingly as Don McCullin. After a childhood in London during the Blitz, and after the hardships of evacuation, McCullin feels his life has indeed been shaped by war.

From the building of the Berlin Wall at the height of the Cold War to El Salvador and Kurdistan, McCullin has covered the major conflicts of the last fifty years, with the notable exception of the Falklands, for which he was denied access. His pictures from the Citadel in Hue and in the ruins of Beirut are among the most unflinching records of modern war. The publication of many of his greatest stories in the Sunday Times magazine did much to raise the consciousness of a generation, even if he himself now fears that photographs cannot prevent history from repeating itself. The brutality of conflict returns over and over again. McCullin here voices his despair.

McCullin recounts the course of his professional life in a series of devastating texts on war, the events and the power of photography. The conclusion of the book marks McCullin's retreat to the Somerset landscape surrounding his home, where the dark skies over England remind him yet again of images of war. Despite the sense of belonging and even contentment, for him there is no final escape.

Sir Don McCullin grew up in north London. He worked for the Sunday Times for eighteen years and covered every major conflict in his adult lifetime until the Falklands War. The finest British photojournalist of his generation, he has received many honours and awards including the CBE. He received a knighthood in the 2017 New Year honours list. He lives in Somerset.
GOR007071051
9780224090261
0224090267
Shaped By War by Don McCullin
Don McCullin
Used - Very Good
Hardback
Vintage Publishing
2010-02-04
208
N/A
Book picture is for illustrative purposes only, actual binding, cover or edition may vary.
This is a used book - there is no escaping the fact it has been read by someone else and it will show signs of wear and previous use. Overall we expect it to be in very good condition, but if you are not entirely satisfied please get in touch with us
Trustpilot