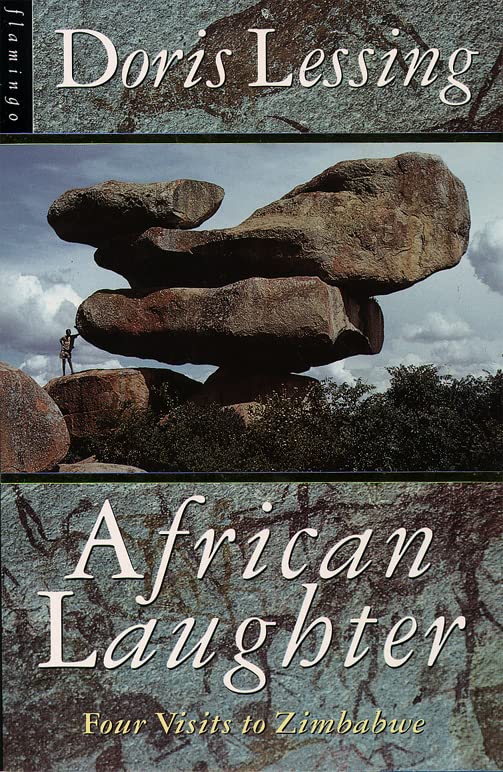 Writing inspired by four visits to Zimbabwe, her childhood home, from the winner of the Nobel Prize for Literature 2007, Doris Lessing.

Writing inspired by four visits to Zimbabwe, her childhood home, from the winner of the Nobel Prize for Literature 2007, Doris Lessing.

In the 1980s and early 1990s, Doris Lessing made several visits to her homeland, Zimbabwe, a country from which she had been banned for twenty-five years for her opposition to the government of what was then white Southern Rhodesia. Vividly mingling memory and reportage, Lessing pays passionate and profound testament to an extraordinary country, its landscape, people and unquenchable spirit. `African Laughter' is both a shrewd and perceptive portrait of a modern African state emerging from its bloody and terrible colonial history, and a candid and moving insight into the mind of one of this century's finest writers.

`An eloquent statement, one of the strengths of this account of a nation's tragedy is that Doris Lessing evokes not sadness but laughter. She describes this as "the marvellous African laughter born somewhere in the gut, seizing the whole body with good-humoured philosophy. It is the laughter of poor people".' TLS

`Innumerable conversations - of Africans, among them poets and teachers and cooks; of whites, some of whom have "taken the Gap" to South Africa then returned, disillusioned - contribute to Doris Lessing's picture of the new Zimbabwe. Enthralling, significant and provocative.' Independent

`"African Laughter" conveys a country and its people more completely than any other book I have read. It is filled with stories, anecdotes, newspaper cuttings , poems, obituaries, songs, even Doris Lessing's synosis for a film - the cumulative effect is extraordinary. As well as a remarkable immediacy, the narrative has an irrepressible physical vigour which reflects perfectly the vitality of the Zimbabwean people.' Daily Telegraph

GOR000710352
African Laughter by Doris Lessing
Doris Lessing
Used - Very Good
Paperback
HarperCollins Publishers
1993-09-09
442
0006546900
9780006546900
N/A
Book picture is for illustrative purposes only, actual binding, cover or edition may vary.
This is a used book - there is no escaping the fact it has been read by someone else and it will show signs of wear and previous use. Overall we expect it to be in very good condition, but if you are not entirely satisfied please get in touch with us.