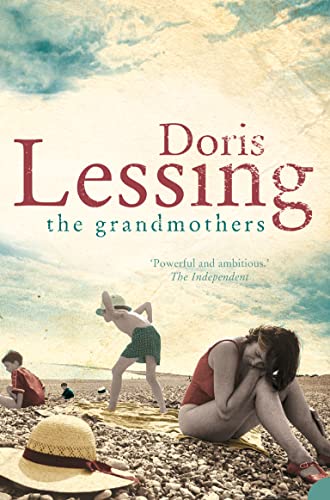 The Grandmothers
by Doris Lessing

Four novellas by Doris Lessing, winner of the Nobel Prize for Literature, that once again show her to be unequalled in her ability to capture the truth of the human condition.

The Grandmothers by Doris Lessing

Four novellas by Doris Lessing, winner of the Nobel Prize for Literature, that once again show her to be unequalled in her ability to capture the truth of the human condition.

The title story, `The Grandmothers', is an astonishing tour de force, a shockingly intimate portrait of an unconventional extended family and the lengths to which they will go to find happiness and love. Written with a keen cinematic eye, the story is a ruthless dissection of the veneer of middle-class morality and convention.

`Victoria and the Staveneys', takes us through 20 years of the life of a young underprivileged black girl in London. A chance meeting introduces her to the Staveneys - a liberal white middle-class family - and, seduced, she falls pregnant by one of the sons. As her daughter grows up, Victoria feels her parental control diminishing as the attractions of the Staveneys' world exert themselves. An honest and often uncomfortable look at race relations in London over the past few decades, Lessing reaffirms her brilliance at demonstrating the effect of society on the individual.

With these novellas, and `The Reason for It' and `A Love Child', Lessing proves once again that she is one of our most valuable and insightful living authors.

'Lessing's prose is as vigorous in these stories as it has ever been. She has an extraordinary feel not only for landscape but also for the human creature within it.' The Times

'In these four tales Lessing shows her adaptability, and her capacity to unify the most far-flung territories of human experience. Like all great writers, she brings a multitudinous sensibility to bear on individual people, on single rooms, on particular moments - and she makes them live.' Daily Telegraph

`Doris Lessing has changed the way we think about the world.' Blake Morrison

`Thank goodness for Doris Lessing. While the rest of us flounder about noisily in the muddy waters of life, she never fails to expose with startling clarity the essential folly of our dreams and good intentions.' Kate Chisholm, Evening Standard

`She's up there in the pantheon with Balzac and George Eliot. We're lucky she's still writing.' Lisa Appignanesi, Independent

`She has an extraordinary feeling for the peculiar vulnerabilities of the young and the elderly. And her portraits of human relationships are of quite staggering beauty.' Ruth Scurr, The Times

GOR001175860
The Grandmothers by Doris Lessing
Doris Lessing
Used - Very Good
Paperback
HarperCollins Publishers
2004-10-18
320
0007152817
9780007152810
N/A
Book picture is for illustrative purposes only, actual binding, cover or edition may vary.
This is a used book - there is no escaping the fact it has been read by someone else and it will show signs of wear and previous use. Overall we expect it to be in very good condition, but if you are not entirely satisfied please get in touch with us.