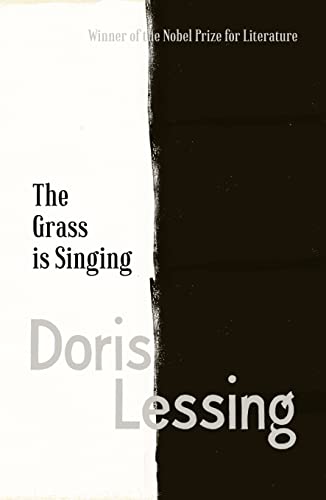 The Grass is Singing
by Doris Lessing

The Nobel Prize-winner Doris Lessing's first novel is a taut and tragic portrayal of a crumbling marriage, set in South Africa during the years of Arpartheid.

The Grass is Singing Summary

The Grass is Singing by Doris Lessing

The Nobel Prize-winner Doris Lessing's first novel is a taut and tragic portrayal of a crumbling marriage, set in South Africa during the years of Arpartheid.

Set in Rhodesia, `The Grass is Singing' tells the story of Dick Turner, a failed white farmer and his wife, Mary, a town girl who hates the bush and viciously abuses the black South Africans who work on their farm. But after many years, trapped by poverty, sapped by the heat of their tiny house, the lonely and frightened Mary turns to Moses, the black cook, for kindness and understanding.

A masterpiece of realism, `The Grass is Singing' is a superb evocation of Africa's majestic beauty, an intense psychological portrait of lives in confusion and, most of all, a fearless exploration of the ideology of white supremacy.

Customer Reviews - The Grass is Singing

The Grass is Singing Reviews

`Original and striking...full of those terrifying touches of truth, seldom mentioned but instantly recognised.' New Statesman

`Doris Lessing responds more passionately than most writers to people or situations: often she responds with hate or rancour, but always with passion. In "The Grass is Singing", you can feel the dynamo-like throb of a formidable talent; by its side, most novels of 1950 look like crochet-work.' The Times

`"The Grass is Singing" focuses on the blighted life of a woman whose spirit is destroyed by a disastrous marriage and by an environment to which she couldn't respond. More than any other white African writer of her generation, Doris Lessing is aware of the seductive cruelty of colonialism, and is one of our strongest, fiercest voices against injustice, racism and sexual hypocrisy.' Independent on Sunday

Doris Lessing is one of the most important writers of the twentieth century and was awarded the Nobel Prize for Literature 2007. Her first novel, 'The Grass is Singing', was published in 1950. Among her other celebrated novels are 'The Golden Notebook', 'The Fifth Child' and 'Memoirs of a Survivor'. She has also published two volumes of her autobiography, 'Under my Skin' and 'Walking in the Shade'. Her most recent novel was 'Alfred and Emily'. Doris Lessing passed away on 17 November 2013.

GOR005138471
The Grass is Singing by Doris Lessing
Doris Lessing
Used - Very Good
Paperback
HarperCollins Publishers
2013-01-17
208
0007498802
9780007498802
N/A
Book picture is for illustrative purposes only, actual binding, cover or edition may vary.
The book has been read but remains in clean condition. All pages are intact and the cover is intact. Some minor wear to the spine.