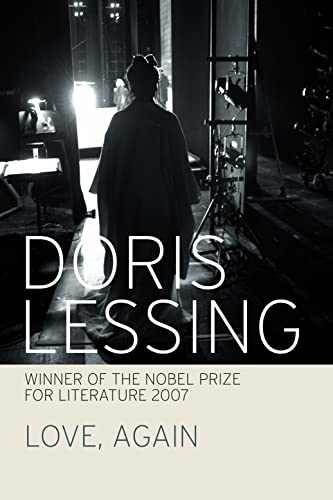 A fierce, compelling account of the nature and origins of love from Doris Lessing, one of the most acclaimed writers of the twentieth century and winner of the Nobel Pize for Literature 2007.

A fierce, compelling account of the nature and origins of love from Doris Lessing, one of the most acclaimed writers of the twentieth century and winner of the Nobel Pize for Literature 2007.

Sarah Durham, sixty-year-old producer and founder of a leading fringe theatre company, commissions a play based on the journals of Julie Vairon, a beautiful, wayward nineteenth-century mulatto woman. It captivates all who come into contact with it, and dramatically changes the lives of all those who take part in it. For Sarah the changes are profound - she falls in love with two younger men, causing her to relive her own stages of growing up, from immature and infantile with the beautiful and androgynous Bill, to a mature love with Henry.

'"Love, Again" grips, maddens, depresses and excites the reader from the first page to the last. A. S. Byatt, The Times

'A grand novel, boldly hewn ... An encounter with a magnificent mind and temperament in artistic maturity, capable of turning her equal gaze on George Eliot.' Independent on Sunday

'I have never seen love's effects and depredations described in more minute detail ... a wholly compelling book, as vigorous and thought-provoking as anything she has ever written.' New Statesman

'By restoring love to the centre of the novel, Lessing has written a book that readers will love; a novel that Stendhal and Colette would have been proud to have written.' Scotsman

GOR000890287
Love, Again by Doris Lessing
Doris Lessing
Used - Very Good
Paperback
HarperCollins Publishers
1996-09-13
352
0586092285
9780586092286
N/A
Book picture is for illustrative purposes only, actual binding, cover or edition may vary.
This is a used book - there is no escaping the fact it has been read by someone else and it will show signs of wear and previous use. Overall we expect it to be in very good condition, but if you are not entirely satisfied please get in touch with us.