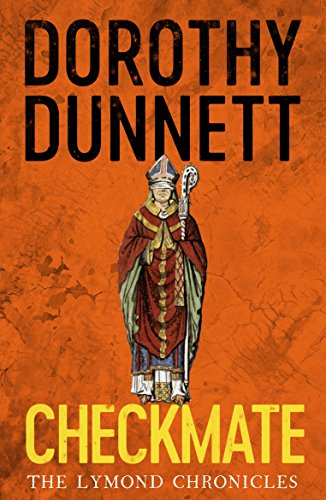 Used Price
£4.99
New RRP £8.99
Free Shipping in the UK
Part of the "Lymond Chronicles", Dorothy Dunnett's series of six novels, this text explores the intricacies of 16th-century history through the exploits of the soldier Francis Crawford of Lymond.
Reviews:
Trustpilot
Very Good

Before George R. R. Martin there was Dorothy Dunnett . . .

THE PERFECT GIFT for fans of A Game of Thrones.

'She is a brilliant story teller, The Lymond Chronicles will keep you reading late into the night, desperate to know the fate of the characters you have come to care deeply about.' The Times Literary Supplement

Checkmate is the sixth and final book in the series

'If they place the sun in my right hand and the moon in my left and ask me to give up my mission, I will not give it up until the truth prevails or I myself perish in the attempt . . .'

It is 1557 and legendary Scottish warrior Francis Crawford of Lymond is once more in France. There he is leading an army to rout the hated English from Calais.

Yet while Lymond seeks victory on the battlefield he is haunted by his troubled past - chiefly the truth about his origins and his marriage (in name only) to young Englishwoman Philippa Somerville.

As the French offer him a way out of his marriage and his wife appears in France on a mission of her own, the final moves are made in a great game that has been playing out over an extraordinary decade of war, love and struggle - bringing the Lymond Chronicles to a spellbinding close.

GOR002315909
Checkmate: The Lymond Chronicles Book Six by Dorothy Dunnett
Dorothy Dunnett
The Lymond Chronicles
Used - Very Good
Paperback
Penguin Books Ltd
1999-01-28
688
0140282386
9780140282382
N/A
Book picture is for illustrative purposes only, actual binding, cover or edition may vary.
This is a used book - there is no escaping the fact it has been read by someone else and it will show signs of wear and previous use. Overall we expect it to be in very good condition, but if you are not entirely satisfied please get in touch with us.