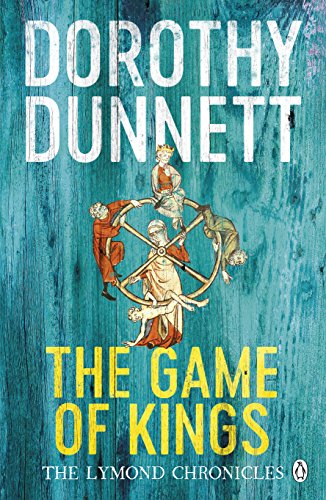 The Game Of Kings
by Dorothy Dunnett

In Stock
£8.49
Francis Crawford of Lymond, and outlawed rebel, is in Edinburgh again ...and his arrival in Scotland ignites a series of explosive events. Against a background of political intrigue and violence, Lymond is tracking three men, one of whom holds the only answer he can give to the world, the parliaments and the men who condemned him.
Very Good
Only 1 left

The Game Of Kings Summary

The Game Of Kings: The Lymond Chronicles Book One by Dorothy Dunnett

Before George R. R. Martin there was Dorothy Dunnett . . . PERFECT for fans of A Game of Thrones.

'She is a brilliant story teller, The Lymond Chronicles will keep you reading late into the night, desperate to know the fate of the characters you have come to care deeply about.' The Times Literary Supplement
_____________

'I despised men who accepted their fate. I shaped mine twenty times and had it broken twenty times in my hands'

It is 1547 and, after five years imprisonment and exile far from his homeland, Francis Crawford of Lymond - scholar, soldier, rebel, nobleman, outlaw - has at last come back to Edinburgh.

But for many in an already divided Scotland, where conspiracies swarm around the infant Queen Mary like clouds of midges, he is not welcome.

Lymond is wanted for treason and murder, and he is accompanied by a band of killers and ruffians who will only bring further violence and strife.

Is he back to foment rebellion?
Does he seek revenge on those who banished him?
Or has he returned to clear his name?

No one but the enigmatic Lymond himself knows the truth - and no one will discover it until he is ready . . .

'A storyteller who could teach Scheherazade a thing or two about pace, suspense and imaginative invention'New York Times

The Game Of Kings Reviews

GOR001189947
The Game Of Kings: The Lymond Chronicles Book One by Dorothy Dunnett
Dorothy Dunnett
The Lymond Chronicles
Used - Very Good
Paperback
Penguin Books Ltd
1999-02-25
528
0140282394
9780140282399
N/A
Book picture is for illustrative purposes only, actual binding, cover or edition may vary.
This is a used book - there is no escaping the fact it has been read by someone else and it will show signs of wear and previous use. Overall we expect it to be in very good condition, but if you are not entirely satisfied please get in touch with us.